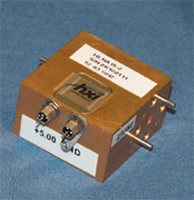 The HLNA Series of Low Noise Amplifiers covers the frequency range from 12 to 110 GHz. New models for 2008 include a 55-65 GHz unit available from stock/30 days, as well as many new models above in E-Band and W-Band. A wide variety of gain and bandwidth combinations are available to provide solutions for radar systems, communications systems and other applications. 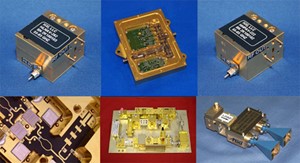 Below you’ll find information on HXI’s Low Noise Amplifiers and Power Amplifiers for use in Communications in Military and Defense related applications, as well as millimeter wave subsystems and custom designed components to support military and commercial systems worldwide. 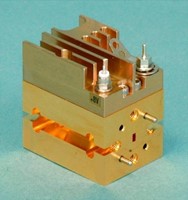 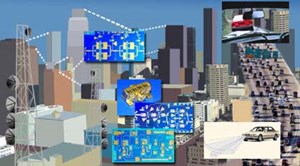 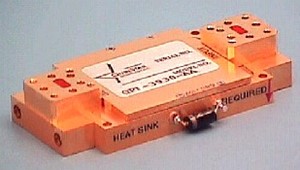 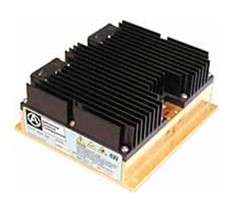 Electromagnetic radiation is a form of wave that varies from radio waves to gamma radiation. Waves, as we know are the way energy travels. Radio waves have been known since the time of Marconi and Hertz. However the electromagnetic radiation that we now know of ranges from the micrometer wavelength to much larger. Waves are characterized by their wavelength and by their frequency. The product of their frequency and wavelength is the speed of the wave. All electromagnetic waves travel at the speed of light. Since speed of light is constant we can deduce that frequency and wave length are inversely proportional. As such when wavelengths are reduced, their frequency is increased and when frequency is increased their wavelengths are reduces. Millimeter waves describe the length of one wave, in this case there are measure in millimeter as such they are below visible light spectrum but are greater than radio waves.

Millimeter waves are being used recently in scanner technology. Scanner technology is a sensitive issue where personal privacy must be weighed against collective security. Air travel in the US and many other countries has been forced to intimately search and scan passengers to a point of embarrassment. This millimeter wave technology will be able to get past the embarrassing searches and scan through clothes for hidden objects, but will not be able to reveal anatomical detail. As such, embarrassing searches are a thing of the past. With millimeter wave technology, airport security can scan every single person without the need to profile or guess. People will be allowed to walk through the scanners and as they proceed, any object that shouldn’t be where it shouldn’t can be identified. The passengers will also not be placed in embarrassing positions and everyone is happy.