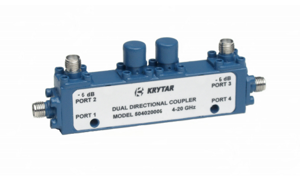 KRYTAR's Model 504020006 dual-directional coupler delivers 6 dB of coupling over the 4 GHz to 20 GHz range in a single, compact, and lightweight package. With a multipurpose, stripline design, it is capable of monitoring forward and reflective power in power sampling and measurement, amplifier leveling, VSWR monitoring, field control, and amplifier load and protection applications. 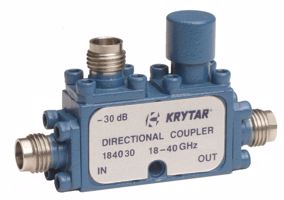 KRYTAR’s latest addition, Model 184030, enhances the selection of multi-purpose, stripline designs that exhibit excellent coupling over the K- and Ku-Band’s frequency range of 18.0 to 40.0 GHz in a single, compact and lightweight package. 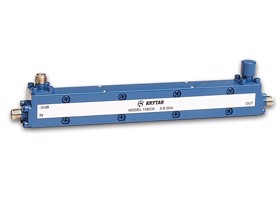 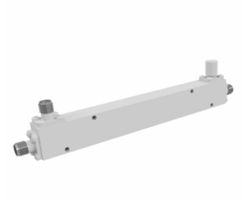 The 50C-070-XX from JFW is a wideband directional coupler designed to operate from 500 MHz to 18 GHz and is rated for 50 Watts of RF input power. 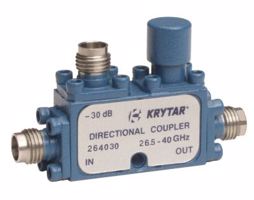 Krytar's directional coupler: model 264030, enhances the selection of multi-purpose, stripline designs that exhibit excellent coupling over the Ka-Band frequency range of 26.5 to 40.0 GHz in a single, compact, and lightweight package. 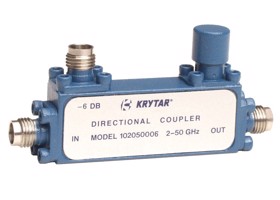 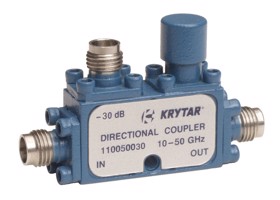 The use of couplings in electrical circuits is something that has been stable for a very long time. They are used to connect to functional circuits for the purpose of tying their energy together or to form a bridge in an effort to share the energy source. The noun comes from the railway industry where two carriages are said to be coupled by a coupling so that they may share the engine pull. In this case the transfer of energy is in series where the engine pulls the first car; the first car is coupled to the second car and is pulled by the first and so on down the line until it gets to the brake van. Coupling is the simple concept of sharing energy, just like in the train example.

In the use of electromagnetic couplers, they are more than likely to be shielded so that no magnetic force is leaked and that it is made from conductive elements inside and resistive materials on the outside in addition to their shielding. Coupling technology has been advancing over the last decade where couplings have been brought successfully into the optical industry for fiber optic coupling as well as the nanotechnology industry for particle coupling.