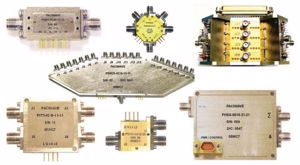 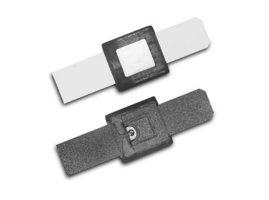 The DSM8100-000 Silicon Mesa Beam-Lead PIN diode from Skyworks is designed for low resistance, low capacitance, and fast switching time in a variety of switching applications. It is surrounded by a glass frame for superior strength and electrical performance that surpasses the standard beam-lead PINs. 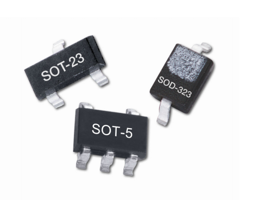 Skyworks offers the SMP1307 Series of plastic packaged, surface mountable, low capacitance silicon PIN diodes designed for attenuator applications operating from 5 MHz to beyond 2 GHz. With a thick 175 μm I region width, these PIN diodes are ideal for use in very low distortion Pi and TEE attenuators commonly found in TV distribution applications. 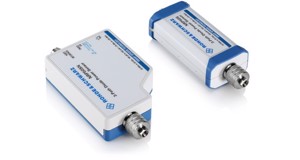 The R&S®NRPxxS/SN family of three-path USB and LAN diode power sensors combine accurate and uncomplicated power measurements as well as simple operation on a base unit or a laptop/PC. This family of power meters combines all these characteristics in the R&S®NRX base unit, R&S®NRPV virtual power meter PC software, and a comprehensive portfolio of LAN and USB power sensors. They are ideal for use in production, R&D, and calibration labs, as well as for installation and maintenance tasks.

A diode is a tiny piece of electronic equipment usually found on circuit boards and transistors that do a simple job. Diodes are to make current flow in only one direction. It’s a very simple thing that most people take for granted. It allows current to flow one way – which is called zero resistance, but it becomes infinitely resistive in the other way, thereby blocking any current to flow in the other direction.

Diodes are built in a vacuum chamber where there is an electrode and an anode plate inside. It has a similar structure to a capacitor except where the capacitor is meant to accumulate a charge, a diode is meant to direct it in only one way. It is possible to place a diode and a capacitor in a series to get a situation where a charge is built up in the capacitor with e direct current then discharge at a certain threshold downstream. The combinations and the resulting outcomes with various diodes can be made to do almost any command and control function of a circuit board.