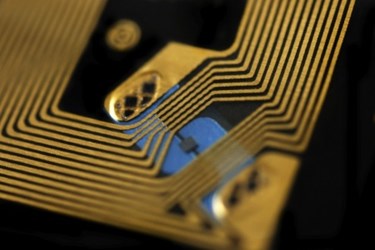 For a time, it seemed that radio frequency identification (RFID) technology would be relegated to its well-known roles, including retail theft prevention and — using implanted chips — identifying pets that’ve lost their collars. But, as one RFG contributor pointed out last week, RFID’s vast potential is overlooked when the technology is viewed only “as a data carrier, comparable to a bar code.”

Miniaturization across numerous components, ever-improving computing capability, and novel power sources are just a few of the advances enabling RFID creators and users to employ the technology for previously unheard-of applications.

Classic RFID Roles Are Being Enhanced

The shift to more advanced RFID applications hasn’t rendered the technology unsuitable for its current staples. On the contrary, it’s getting cheaper and easier to use RFID for its traditional roles, including inventory tracking and supply chain management. Moreover, RFID is getting more secure.

Singaporean researchers have created a set of dual-mode, two-security-level RFID protocols designed to strengthen RFID security. The researchers aim to make the protocol’s output unpredictable, make two tags indistinguishable to the hacker, and prevent them from obtaining useful information, even if they manage to interact with the tags. Meanwhile, MIT researchers are collaborating with Texas Instruments to create almost “hack-proof” RFID tags by combining effective barriers to cyberattack in both the chip software and hardware.

This emphasis on security becomes even more important as RFID technology becomes more ubiquitous in the fields of health and finance. Consider that mobile banking — via services like Apple Pay and Google Wallet — relies on near-field communication (NFC) technology, a type of RFID. Furthermore, RFID is being explored as a defense against counterfeiters; entities like the Bank of Japan and the European Central Bank are reported to be considering embedded RFID security tags for their paper currency.

In healthcare, RFID tagging has been applied to inventory management and medical device sterilization tracking, and the U.S. Food and Drug Administration (FDA) has recommended its use to permanently mark and track the handling of medical devices. As has been the case with most “smart” consumer goods, the development of interconnected medical devices (the Internet of Things, or IoT) will spur the advancement of RFID technologies and new applications in healthcare.

Researchers at Disney Research and Carnegie Mellon University have been collaborating on technology that can process RFID tags in real time, making it feasible to add interactivity to a variety of objects. Since RFID readers generally only energize tags at intervals, tags return signals in random order or don’t always return signals, so the researchers’ framework interprets the signals by weighing possibilities, rather than always waiting on confirmation. As the technology becomes more fully developed, the hope is for RFID-based sensing to enable “the design of new, custom interactive devices with a very fast development cycle,” stated Alanson Sample, a research scientist at Disney Research.

Faster, more accurate, and longer-range RFID has come in handy for the National Football League (NFL), as well, which just completed its second season using RFID tags embedded in each players’ shoulder pads. The tags return results 15 times per second, tracking speed, distance, acceleration, player orientation, and change of direction on the field — indoors and outdoors — to within 6 inches. The information relayed by the tags is a boon to both the league and its statistics-obsessed fans (looking at you, fantasy footballers).

In that same vein of “understand your clientele,” both San Francisco-based Oak Labs and Disney — you knew you’d be seeing them again — are using RFID to personalize consumer experiences.

Disney filed a patent at the end of January for a responsive theme park ride system. The system would read and interpret guests’ emotional states and optimize ride experiences to meet those guests’ needs/desires. RFID is proposed as an anchor of that system, as guests would be tagged with their (presumably preselected) preferences, allowing them to “access one or more ride experience goals (or expectations),” according to the patent application.  One imagines this functionality would be simple to implement into the MagicBands or cards that guests already use for everything from park entry to paying for food at Disney’s properties.

Oak Labs, meanwhile, has used RFID technology to create “smart mirrors” in retail dressing rooms. In short, RFID tags are attached to pieces of clothing (likely, they already were there for theft prevention), and when a shopper enters a dressing room,  sensors read the RFID tags and display the items on a touchscreen embedded behind the glass. A recommendation engine — much like the ones that allow online ads for products you’ve viewed to follow you around the web — suggest accessories or matching garments. From this interface, users can further tailor their outfit to a specific occasion or destination, as well as call for a salesperson to bring additional clothes or different sizes. Furthermore, the system helps retailers track which clothes are popular, or which items are tried on often but rarely purchased, allowing them to better serve customers.

This Simple Tech Is Getting More Complicated

Between spectrum woes and cybersecurity, RFID regulation grows tighter by the day.

Active RFID, passive low-frequency (LF) RFID, passive high-frequency (HF) RFID, and passive ultra-high-frequency (UHF) RFID all have dedicated standards governing their associated products. However, the UHF band — likely due to its high efficiency, low cost, and widespread use — is the only type of RFID regulated by a single global standard. Go deeper down the rabbit hole, and there are many industry-specific regulations, such as SAE International’s new technical standard establishing criteria for the certification of active and battery assisted passive RFID tags used in the aerospace industry.

But what of RFID tags implanted in humans? The FDA approved RFID chips for human use in 2004, and current technology can shrink those chips to the size of a grain of rice, allowing for fast, no-hassle injection. Voluntary “chipping” can be beneficial and even fashionable — employers in Belgium and Sweden now use RFID chips to identify employees, and a nightclub in Europe offers guests microchipping to enable tailored service, according to Nevada State Sen. Becky Harris (R-Las Vegas). Involuntary chipping, though, raises privacy and ethical concerns.

That is why, last month, Harris introduced Senate Bill 109, which would make it a Class C felony to require someone to be implanted with an RFID tag in Nevada, and the move is not without precedent. The Associated Press reports that Wisconsin, North Dakota, California, and Oklahoma all have enacted legislation banning any required implantations, citing information from the National Conference of State Legislatures.

At the other end of the spectrum, ACLU of Nevada Policy Director Holly Welborn states in the same article that municipalities in Canada, Sweden, and Australia all have considered “laws mandating the chips for certain groups, such as criminals considered a potential threat to society.” No such laws have been enacted, to date, but it’s up to individual nations (or states, as is often the case in the U.S.) to determine who, if anyone, could be subject to microchipping without their consent.

For example, should dangerous criminals be tagged so their movements can be tracked? What about individuals suffering from Alzheimer’s disease, or children prone to wandering off? Maybe such implants could confirm a "smart gun" user's identity. Those answers may seem obvious, but where do we draw the line? Do we tag college students to ensure secure entry into dormitories? What about soldiers operating in chaotic environments, or military pilots who may be shot down? It’s a slippery slope.

Technological advances, new applications, ethical conundrums, oh my! The only way RFID could be any more enthralling is if its profits were primed to grow exponentially...

RFID Profits Are Set To Skyrocket

More players will seek to get in on the RFID game as profits grow. The global RFID market was estimated at $10B in 2015, grew to an estimated $16.2B in 2016, and is expected to balloon to $38B by 2021. Almost three-fourths of that final figure is expected to derive from hardware sales — tags, readers, and other hardware — while the remainder will stem from the software and integration services market. A more conservative estimate places the global RFID market at about $17B by 2020.

RFID clearly has broken free from the data-carrier role in which it had been typecast, but to what end remains to be seen. What started as a technology assigned to one-dimensional inventory tracking has grown to become a key component in medical systems, professional sports leagues, and entertainment venues. In markets where RFID previously thrived, such as retail, it now is being leveraged to enhance the customer experience and enrich product feedback. And, in the near future, it isn’t hard to imagine a world where we update the information contained in our RFID implants via our smartphones, be it for work, play, or medical benefit.

Let us know in the Comments section below if there are any RFID developments we missed, or simply some aspect of the technology you’d like RF Globalnet to cover or discuss.