Researching the Impact of Wind Turbines on Radar Returns

Wind turbines located near a radar installation can significantly interfere with the ability of the radar to operate properly.  Remcom provides radar scattering expertise for government-funded research efforts into the impact that wind turbines and wind farms have on radar returns for Air Traffic Control (ATC) radar, early warning radar, weather radar, and instrumentation radar.

Our work and experience have included: 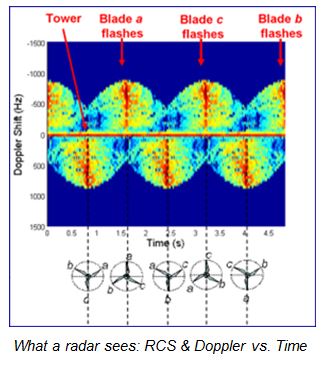 Wind Turbines and Aircraft in the Presence of Ground Clutter

Remcom has teamed with partners on multiple different research efforts to investigate the impacts of wind turbines on radar scans.  Because wind turbine blades are large and move at a speed similar to slower aircraft, as aircraft fly over a wind farm, the aircraft tracks can be lost, and false tracks can be generated from wind turbines that are incorrectly interpreted by the radar as aircraft.

On multiple projects, Remcom has used our XFdtd full-wave EM solver and XGtd high-frequency solver to predict the scattering from wind turbines and wind turbine components, to include towers, nacelles, and blades.  Some recent research has included investigation of blade materials.  Some sample comparisons of backscatter from a wind turbine blade for different structural materials are shown below. 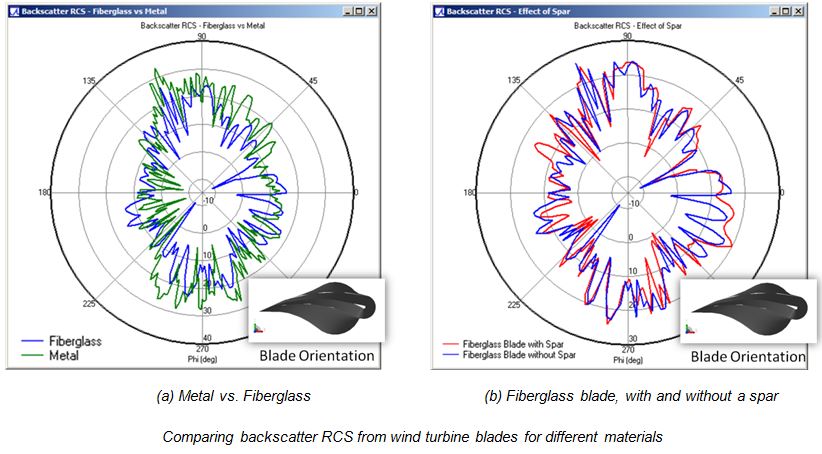 Shadowing from Nearby Wind Turbines

For wind turbines very close to a radar, wind turbine shadowing can also reduce the returns from aircraft that fly behind the wind turbine, where shadows of several dB may hamper the probability of detection of the aircraft, perhaps causing tracks to be lost and adding to the impact caused by the interference from wind turbine returns described above. 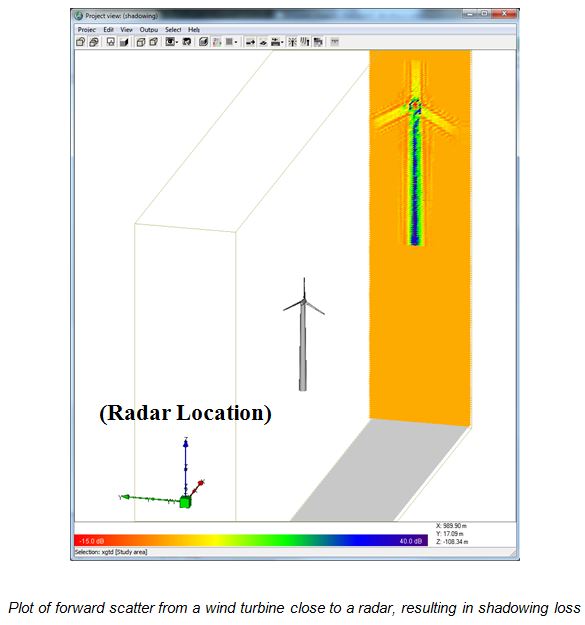