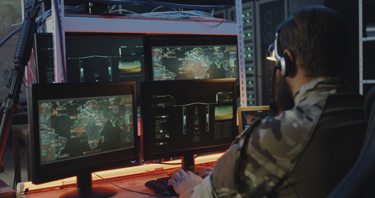 To effectively conduct both offensive and defensive operations, military units in the field must be able to shoot, move, and communicate. Take away any of those elements, and both the mission and lives may be in danger. For this reason, maintaining situational awareness (AKA battle space awareness) is critical. Clear, reliable communications — enabling contact with command and outlying posts, as well as other units “outside the wire” — are key to that awareness.
Radios using booster amplifiers to communicate farther and more clearly are a vital aspect of tactical communications, as much as antennas and the operators themselves. The right amplifier can extend mission range, reduce man-pack burdens (e.g., carrying additional antennas and/or batteries), and minimize logistical and personnel burdens (e.g., adding range by using an intermediary to collect and retransmit a signal).

Radios are the cornerstone of battle space awareness because, while backup communications exist (e.g., civilian cell phones, satellite phones), their usefulness depends on a permissive environment, and they should be considered a secondary or tertiary communications option.

Radio field deployment is not and should not be difficult. It gets more complicated at the rack-mounted level, but at that point equipment is being set up by a veteran signal officer experienced in setting up radios and establishing a communications network in and around a theater. This philosophy extends to booster amplifiers, as well: ideally, a user should be able to plug into a battery, plug in the signal input/output, and be good to go.

Additionally, all communications elements must be reliable and maintainable, meaning remove-and-replace in the event of an issue must be simple. Utility and robustness also are necessary qualities.