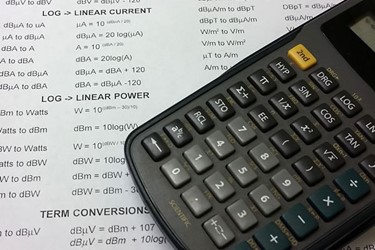 In recent years, the use of a term call "Antenna Factor" in EMC and spectrum pollution work has become very important. There has been a great need for measuring field intensity and/or power density as accurately and conveniently as possible.

Classically in RFI/EMI measurements, the use use of antenna factors is very common. These antenna factors were, by definition, the conversion of two-terminal receiver voltages to field intensity. This is a very convenient term, particularly when expressed in decibels, and the receiver measures in dB above 1µ volt. Historically, antenna factors were supplied by equipment manufactures, or in some cases, designated in military specifications. In many cases, these factors were used incorrectly because the user did not understand fully the mathematical significance of the antenna factor. It is the purpose of this paper to establish the relationship of antenna factor and antenna gain.

The recent deployment of computer controlled receiving systems with analysis capable capabilities has added a new need for examining the antenna Factor the desired data output from such systems is usually a field intensity Express involve per meter as a function of frequency. From the standpoint of strictly application of antenna Factors it would seem as easy test to store the antenna factor has a look up table in the computers core memory power as we shall see I may not necessary be the most cost effective or the best utilization of computer memory.