Who Really Benefits From Spectrum Auctions? 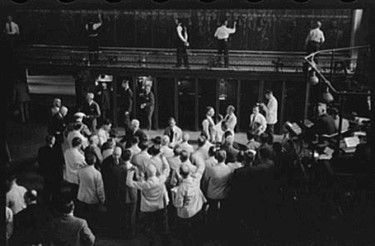 How much do the FCC’s RF spectrum auctions foster competition, benefit consumers, or spur development of new components and technologies?

The U.S. Federal Communications Commission’s RF spectrum auctions are intended to give everyone a fair shot at a slice of the spectrum, and nearly 100 such auctions have been completed since the FCC was granted competitive bidding authority by the Omnibus Reconciliation Act of 1993.

Congress’ goals for the auctions, specifically, are “ensuring efficient use of the spectrum, promoting economic opportunity and competition, avoiding excessive concentration of licenses, preventing the unjust enrichment of any party, and fostering the rapid deployment of new services, as well as recovering for the public a portion of the value of the spectrum."

Several more spectrum auctions are planned by the FCC in the near future, though they remain unscheduled. Still, one should not expect these auctions to inherently foster competition in the marketplace.

Consider that a 2014 report by the FCC declared that two providers — Verizon and AT&T — combined to hold about 70 percent of all low-band spectrum licenses. Reinforcing that stranglehold was a spectrum auction that wrapped up in January 2015, which sold licenses for 1,611 bundles of spectrum in the band surrounding 1.8 GHz, netting more than $40 billion. The FCC stated that major wireless telecom providers spent much more than anticipated.

Tony Melone, Verizon Communications’ executive VP of network, stated in a conference call with investors that “entering the auction, there [were] no markets where we felt compelled to acquire spectrum, irrespective of the price” — and yet Verizon still plunked down $10B+ during that auction. This is not an indictment of the company, whose executives made a shrewd business decision, but it dispels any myth about these auctions fostering competition.

Once these auctions end, deal-making begins, with telecom giants firmly in the driver’s seat. They wield both the resources to hoard significant swaths of spectrum and the political sway to keep government regulation favorable to their dominance. Thus, it’s unsurprising that skepticism was leveled at FCC chairman Ajit Pai’s declaration — following the September release of the FCC’s 20th Wireless Competition Report — that the U.S. wireless market is “fiercely competitive” for the first time since 2009.

On the surface, that statement appears true: as Pai states, “all four national carriers have rolled out new or improved unlimited plans” since the 2016 report was issued. But the report itself states that the FCC tweaked its own definition of “competitive”:

…we consider a number of facts and characteristics of the provision of mobile wireless services, which taken together, indicate that there is effective competition. This Twentieth Report also addresses other elements that Congress identified in Section 332(c)(1)(C). In particular, we present information on the number of mobile wireless service providers, and we reference data indicating that, at the nationwide level, no single service provider has a dominant market share,  for purposes of Section 332(c)(1)(C).  In addition, we discuss the Commission’s continued efforts to make spectrum available for the deployment of wireless services by existing providers, and for potential new competitors.

Let’s view that statement with a critical eye.

No single service provider has a dominant market share, but there only are four such major providers — and that number is likely to drop to three, when one considers the looming merger between Sprint and T-Mobile. At one time, such a deal would seem to have been a near impossibility; a similar deal was shot down in 2011 when the U.S. Department of Justice filed an antitrust suit to block AT&T’s acquisition of T-Mobile.

But, the current U.S. political climate is one that embraces deregulation (as already exhibited by policy moves within the Department of Education and the Environmental Protection Agency). Further, Department of Justice antitrust chief Makan Delrahim, confirmed in late September, stated in a New York Times interview shortly after his nomination that a monopoly is perfectly legal until it abuses its monopoly power.

In the meantime, T-Mobile has moved to strengthen its position, bidding $8 billion in April to win the bulk of spectrum up for sale in the FCC’s most recent government auction. Dish Network Corp ponied up $6.2 billion, while Comcast Corp bid on $1.7 billion in spectrum, AT&T Inc. bid $910 million, and investment firm Columbia Capital bid $1 billion. Still, this move was made by T-Mobile with an eye toward the future. The nearly 1,500 licenses it purchased are for spectrum currently used by TV broadcasters, and it may be 2020 before it’s all available. Additionally, T-Mobile’s new spectrum is in the 600 MHz range, which is not supported by current cell phones (though technology to do so is in the works).  Verizon and AT&T have built their networks in the 700 MHz range.

Now, consider the last part of the FCC’s report: “…we discuss the Commission’s continued efforts to make spectrum available for the deployment of wireless services by existing providers, and for potential new competitors.”

Do new competitors truly have the capital to pry meaningful amounts of spectrum away from the major providers, or to stand a chance at FCC auction, even with the reserve auction mechanism? Dish Network appears closest to standing toe-to-toe with AT&T et al from a financial backing standpoint. But, like others, from T-Mobile to upstart telecoms, Dish has to contend with the fact that AT&T and Verizon effectively hold a duopoly over the special access and tower backhaul market. That control gives AT&T and Verizon the power to drive up competitors’ prices by driving up their operational costs.

Ensuring Efficient Use Of The Spectrum

All of this is not to say that the FCC is not at least putting forth a good-faith effort to open spectrum and encourage competition. Whatever its flaws, the auction approach to spectrum allocation has been used around the world, and it has made more transparent the overall process of spectrum allocation. From the 20th Wireless Competition Report:

That same day, a hearing before the U.S. Senate Committee on Commerce, Science and Transportation hearing on Oct. 25, 2017 -- titled “The Commercial Satellite Industry: What’s Up and What’s on the Horizon” -- was attended by representatives from ViaSat, Intelsat, OneWeb, and SpaceX, who testified regarding the need to share spectrum and not overlook the needs of satellite telecommunications.

Intelsat CEO Stephen Spengler acknowledged the importance of C-band spectrum to 5G development, and stated he did not want to see spectrum allocated to satellite providers to the detriment of other technologies, but pointed out the reality that "...with this ubiquitous connectivity demand comes a relentless demand for access to more spectrum. Spectrum is key to all communication services – satellite included."

Noting that “the IEEE 802.11ax Task Group recently voted to extend coverage to the 6 GHz band,” the petitioners argue that “the existing rules make broadband operations impossible. By adopting updated technical and use rules that permit Wi-Fi and other unlicensed services and support investment in the 6 GHz band, U.S. consumers will gain access to the wide gigabit-capable channels needed for next-generation services, and the Commission will both address the increasing congestion consumers are now experiencing as existing unlicensed bands strain under the pressure of exploding Wi-Fi demand and advance innovative new uses of unlicensed technologies.” The letter also makes a financial case for the allowance.

Thus, I think it’s safe to say that, with respect to efficient use of the spectrum, the FCC has done a commendable job in identifying where to trim and where to add on – aided, no doubt, by persistent communications from those in need.

Clearly, the U.S. Treasury benefits from spectrum auctions, to the tune of tens of billions of dollars. Consumers, too, appear to be enjoying some returns. Pai’s claim that all four major wireless carriers have introduced new or updated unlimited data plans in the past year is accurate. More available spectrum will mean more consistently reliable and, as technology advances, faster wireless internet.

While it’s unclear what effect, if any, the spectrum auctions have had on consumer pricing, the net result is that spectrum is being migrated from a use that we, as consumers, value less (television airwaves), to something we value more (broadband mobile internet).  Mobile providers are making a safe bet that spectrum will generate sufficient revenue in the latter use to justify its exorbitant cost. As Forbes contributor Tim Worstall points out, “for us consumers it doesn't matter how the money flows around. We're still getting something we value more as a result of the various companies spreading cash around, we are thus made richer.”

That said, as of August, mobile data prices have dropped about 60 percent this year, according to a report by Chetan Sharma Consulting. The question is — given the cost, to wireless providers, of technology development for operation in new swaths of spectrum, as well as the possibility of a major merger that could have a chilling effect on price competition — how will consumer prices be affected as we near 2020? New spectrum allocations are set for completion by that year, and industry folks expect to see at least some sort of 5G rollout by that time, as well.

Thus, it may be some time before we can accurately judge the overall impact of spectrum auctions on consumer prices and product satisfaction.

For manufacturers of components and systems for the RF/microwave industry, spectrum auctions seem like a clear-cut win. As previously mentioned, the 600 MHz-range spectrum acquired by T-Mobile in April is not supported by current cell phones, so new technologies must be created to enable its use by wireless consumers. Further, the FCC is exploring its options to make available more mm-Wave spectrum bands.

More spectrum in which to operate, in the short term, means more opportunity for technologies that can access that spectrum. Those technologies then can follow a natural progression, becoming smaller, less expensive, more efficient, and/or less power-hungry. From there, product and component developers will be looking at technologies that dynamically assign spectrum use, or allow narrower slivers of spectrum to be accessed without interference.

The latter technologies will (must!) truly shine once all available spectrum has been claimed, and deals are reduced to tiny slivers of spectrum, constantly changing hands, and asking technology to keep up. As The Economist points out, “The incentive auction was a step towards a dynamic market… Perhaps, one day, small slices will be traded as much online advertising is today, with virtual property being auctioned off in real time. Such a system would certainly qualify as being the most complex market ever created.”

Want to weigh in? I look forward to your thoughts in the Comments section below.