What's Needed To Take Wearables To The Next Level? 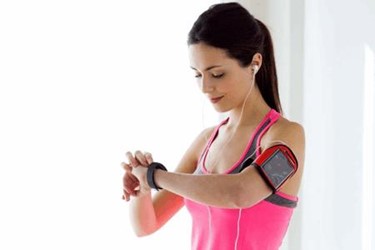 Is the world’s desire for innovative wearable technology wearing thin? Sometimes, it feels like the novelty of consumer wearables is overshadowed by their high cost or lack of utility. In military and defense roles, cost is not so much a factor, but capability versus size, weight, and power (SWAP) requirements doesn’t always offer an optimal return.

At IMS 2018 in Philadelphia last month, a panel of experts from our industry, academia, and the U.S. military discussed these very challenges, as well as what’s needed to make the next generation of wearable technology more viable for all markets.

“[Body wearables are] a very exciting area to be working in,” said panel moderator Rod Waterhouse, CTO at Pharad LLC, whose first product was a body wearable. He posed a number of questions — covering everything from AR glasses and tech-embedded clothing (e.g., activewear embedded with sensors and fitness trackers), to military wearables and biomedical devices — to panelists Preet Sibia, Senior Director of RF & Sensors for Infineon;  Gerard Hayes, President & CEO of the Wireless Research Center of North Carolina; Manos Tentzeris, Ken Byers Professor in flexible electronics at Georgia Institute of Technology; Mitchell Mayer, an electronics engineer with US Army CERDEC; and Karu Esselle, director of the WiMed Research Centre at Macquarie University.

Infineon’s Sibia claimed that, in both although military and consumer applications, value to the end user drives widespread adoption. To that end, smart technologies should aim to help users see beyond bare information, and to understand relevant context.

“[A wearable device] can’t just be driven by one function. My sleep tracker telling me I didn’t sleep — when I know I didn’t sleep — doesn’t help me much,” he said.  “We’re trying to take those human senses and make those into semiconductor components that can fit into the wearables space.”

For example, Sibia said, what if such a sleep-tracking device used a smart sensor that tracked CO2 levels in the room, realized they were high, and then informed you that may be what’s inhibiting your sleep? For its part, Infineon is working to implement tracking technologies including microphones, pressure sensors, radar, time of flight 3D cameras, and gas sensors — all while working to shrink these sensors in size and power usage, as well as make them more contextually aware.

Hayes, whose Wireless Research Center operates as a 501c nonprofit, stressed that harmonization and interoperability between devices improves their ROI for all parties involved.  He said the Center focuses, in part, on performance of the radio in such devices.

“When a sensor records data, how do you use the limited amount of energy you have to take that data to the next level?” Hayes said.  “Wireless is kind of like plumbing: you don’t really care how it works, so long as it works when you need it”

“To do that, you need to have really, really low-cost processors,” he said. “GBps mmWave backscatter also is a capability you’ll want to have.”

This “internet of skins,” Tentzeris said, will require flexible electronics capable of functioning on ultra-low power, sustained by energy harvesting or other batteryless innovations, as well as be long-range, provide localization in real time, and be metal mounting compatible. Already, there have been fully printable systems in this vein, such as origami/shape-reconfigurable (4D) wearable FSS structures, wireless CNT-based gas sensors, and flexible SIW microfluidics sensors.

In addition to capable sensors and processors, antennas need to evolve for wearable technologies to become more viable, as evidenced by research being conducted by the U.S. Army’s Communications-Electronics Research, Development and Engineering Center (CERDEC). According to CERDEC engineer Mitchell Mayer, one of the group’s current initiatives is body wearable antenna (BWA) technology.

“We have soldiers with an eight-foot fiberglass stick that’s used for one of the antennas,” Mayer said. “Not only does that get in the way [with foliage or electrical wires], it also makes that soldier a target, as the guy with the radio.”

One concept developed a few years ago embedded in antenna in the soldier’s vest — an uncomfortable innovation that the soldiers did not like, said Mayer. A softer, top-mounted antenna gained more favorable reviews. Thus, CERDEC’s current initiative, in cooperation with the Small Business Innovation Research (SBIR) program, is to develop “a multi-band, body wearable antenna that will operate effectively in all the soldier communications bands and with all the various modulation techniques.”

Other goals for the BWA include a low-profile design that prevents entanglement with environment or other soldier-carried gear, and provides “no visible external signature.” The final design could end up being one or two component parts.

Karu Esselle seeks to combine flexibility and frequency reconfigurability in wearable antennas at Macquarie University’s WiMed Research Center. The Center has invested effort into both passive and active systems, though active has been its focus in recent years.

Per Esselle, the consumer and defense industries require antennas that are washable, robust/durable, safe/low SAR, unobtrusive, light, and flexible. Basically, he said, you don’t want them to bend or break off in the wash, and they must be completely waterproof. One of the greatest challenges in this endeavor is to reduce/eliminate antenna detachment from the base fabric (through wearing or washing cycles).

For example, when asked about the biggest implementation hurdles to more effective wearables, CERDEC’s Mayer immediately pointed out military needs, such as antenna range and SWAP consideration. The minimum range for soldier-to-soldier radios would be a half-kilometer or more; attaining “reachback” (contacting a higher HQ) will require much greater range (e.g., 10-15 kilometers), he said.

SWAP is “everything” for the soldier, he continued. “Every [capability] we want to give the soldier, he is going to have to carry 50 lbs of batteries — and that’s only going to give him X hours of actual usage,” Mayer said, adding that advances in fabric technologies and miniaturization are necessary.

Tentzeris, whose work in flexibile electronics aims to fulfill many of those requirements, echoed the need for small form factors in the sensors informing both military and civilian wearable devices, as well as minimizing power use while maximizing supply.

While the, too, benefit from SWAP and antenna range improvements, civilian wearables must take into consideration other factors, as well, including cost, aesthetics, and can’t-live-without-it functionality.

Pharad’s Waterhouse pointed out that one major shortcoming of consumer body wearables is their dependence upon on cell phones for connectivity (rather than being standalone). Infineon’s Sibia said that wearables like the oft-maligned Google Glass need smaller form factors and greater power efficiency to be commercially viable, garnering laughs when he mentioned how nice it will be when attending trade shows to have your glasses recognize a face you’ve met once, and then have info on that person immediately at hand — allowing for a much more productive conversation.

Esselle noted that end cost is “not a big factor” in some fields, but it certainly is a consideration for consumer wearables, particularly those intended for production in large quantities. Hayes, meanwhile, said one of his principal interests is in bridging the gap between consumer and medical-grade health/telemedicine devices. Biofeedback is nearing a point where sensors can detect changes in the body before the patient even feels it. From a pragmatic standpoint, such wearables could boost the value of preventive medicine for both healthcare providers and patients.

“You draw a line to where the dollar is saved, and that’s a huge motivator,” Hayes said.

Finally, each panelist weighed in on the thorny subject of device security, an ever-present concern surrounding wearables, and one that takes on more critical importance in medical and defense applications.

“Security is a big issue not just with the data, but with the connectivity, as well,” Hayes said. “Where is the most vulnerable risk, and what is the best form of mitigation at this point in time?”

Mayer noted that military transmissions are encrypted over the airwaves, but “whether the soldier always is using that, or whether it’s functioning properly, that’s another issue.” Ultimately, he said, it comes down to what kind of data you are “putting out there:” Is it time-sensitive? How secure is the cloud, if you got to that system? Added Sibia, how does that security tie into how data is collected and distributed?