What Can mmWave Do For 5G Backhaul? 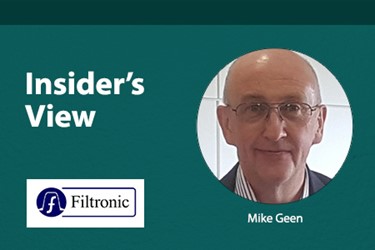 The challenges of implementing 5G radio access have been widely discussed, and one of 5G’s most pressing areas of need is the technology connecting the network to the core. As the first 5G networks are rolling out, network architects are seeking the highest capacities and data speeds possible for backhaul, in a format that can be rapidly and flexibly deployed wherever it is needed.

The backhaul segment of the network is traditionally made up of the intermediate point-to-point links between the core (or backbone) network and the small subnetworks at the network edge, where the base stations are. Since 5G is aiming for multi-Gbps data rates for subscribers, all this data will need to be backhauled at much higher rates, too.

In addition to the evolution of the air interface, the radio access network (RAN) is itself evolving, with its functions being ‘decomposed’ into a number of different locations. In 4G LTE, distributed RAN (D-RAN) and cloud (or centralised) RAN (C-RAN), respectively, have allowed a remote or centralised baseband unit (BBU) to be used, connected to the remote radio unit (RRU) via an eCPRI ‘fronthaul’ interface.

In 5G, the BBU will further be split into a distributed unit (DU) and one or more central units (CU), and these will be connected using a ‘mid-haul’ link. Collectively, all these types of link are known as X-haul. More details may be found in a new report published by ETSI’s millimeter Wave Transmission Industry Specification Group (mWT ISG), GR mWT 012.

Now more than ever, a wireless solution — rather than fibre — will be the obvious choice for X-haul. Already in Europe, around 50 percent of backhaul between the edge and the core network is wireless. In some countries, including India, the proportion is greater1. With the higher densities of small cells necessary to implement 5G, this share is set to increase rapidly.

Wireless backhaul is quicker and simpler to deploy than fibre, and it is more cost-effective. Laying new fibre typically costs between $35,000 and $100,000 per kilometer2,3, whereas the cost for a wireless link is an order of magnitude lower2. Furthermore, in a complex urban environment, it can often be impossible to lay new fibre exactly where it is needed.

The traditional bands for wireless backhaul between 6 GHz and 42 GHz served well for 3G and 4G. However, they would struggle to meet the needs of 5G, where the dual requirements of higher data rates and increased capacity mean much higher bandwidth requirements.

One way to achieve the additional bandwidth required is to move higher up the spectrum into mmWave bands — particularly effective in urban environments, where link distances are relatively short. In the existing bands, there exist a number of narrow channels; the total bandwidth available for mobile backhaul below 42 GHz is just 15 GHz. This bandwidth is heavily used, and expensive licences are required to operate within it.

In contrast, the mmWave bands above 50 GHz will provide over 20 GHz of additional bandwidth in large chunks, allowing very high data rates to be achieved. Some of the traditional wireless bands — notably, 26 GHz and 28 GHz— have an uncertain future for backhaul, since they are now being targeted for 5G radio access.

ETSI’s mWT ISG already has expressed its concern regarding the need, when allocating mmWave bands for 5G, to consider the ability of operators to continue operating backhaul for their 3G and 4G networks, as well.

In 2015, just 0.2 percent of fixed wireless links were at V-Band and less than 2 percent were at E-Band4. E-Band, however, is increasing its share very rapidly — by 2018 E-Band accounted for around 7 percent of links and, as it is now accepted as an essential element in 5G transport networks, this trend is forecast to continue with year on year growth rates of around 36 percent, according to Dell’Oro Group.5

The licensing situation for V-Band has restricted its development. Although V-Band may seem attractive because it is licence-free in many countries, operator concerns over interference and availability have hampered its application for mobile backhaul.

V-Band is, however, finding a place in multipoint-to-multipoint meshed networks in dense urban scenarios, where each network element, with beam-steerable antenna, could be reached by more than one direction by other equipment. This is helped by the extension of the licence-free band to 71 GHz, which provides more bandwidth and better propagation characteristics.

At higher frequencies, it also becomes necessary to take atmospheric attenuation into consideration. There are well-characterised bands where absorption by water and oxygen molecules can be a problem, and rain attenuation increases rapidly with frequency up to around 70 GHz, after which it begins to flatten out. Nevertheless, system simulations carried out by the ETSI mWT ISG (GR mWT 008 ) suggest that link distances of several hundred metres are practical at D-Band frequencies with antenna sizes comparable to those at E-Band.

Broader contiguous bandwidth allocations are not the whole story. Capacity and throughput can also be increased by techniques such as network topology changes (densification, RAN sharing, increased fibre penetration from the core to the edge); shorter link distances utilising star topologies from the fibre aggregation point, and; increasing channel width in the traditional bands by the use of carrier aggregation.

Combining carrier bandwidth from different parts of the spectrum not only offers an increase in the total available bandwidth, it can ensure availability where one band has superior propagation characteristics, allowing longer links. Several aggregation scenarios are now either being deployed or being proposed for future deployment: two or more of the traditional microwave and sub-6 GHz bands, offering 1 – 5 Gbps; a microwave band (15GHz, 18GHz or 23GHz) plus E-Band, providing up to 10Gbps; and, in the future, E-Band plus D-Band can provide up to 100 Gbps.

In considering all these factors, we believe that wide-bandwidth mmWave radios provide the optimum solution to meet the increasing capacity demands for backhaul and other types of transport in next-generation communications system. mmWave links currently have the ability to give fibre-like capacity — up to 40 Gbps in multichannel configurations — and, with carrier aggregation, can operate at high capacity up to 10km.

Further, new spectrum allocations above 95 GHz will provide a path to even higher capacities in the future.

Mike Geen is Chief Scientist of mmWave Technology at Filtronic, and has over 40 years’ experience in microwave, mmWave, and optoelectronic technology. Mike joined Filtronic in 2007 to head teams developing microwave and mmWave point-to-point backhaul products, and as a member of the Filtronic senior management team he has responsibility for strategic engineering, specializing in mmWave technology. Prior to joining Filtronic, Mike held design and management positions at Bookham (now Lumentum), GEC-Marconi, and Plessey Research (Caswell).