The Week In 5G: Verizon Forges Deal With Ericsson, Spars With T-Mobile Over 5G Timeline; Qualcomm Says 5G Phones Will Have Better Batteries 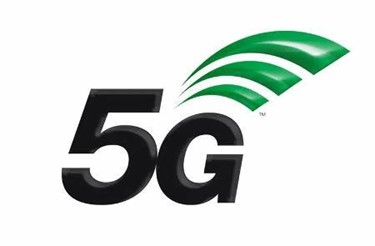 The agreement comes a year after the two companies began fixed-wireless 5G trials using millimeter wave (mmWave) spectrum, which Verizon says will serve as the backbone for 5G services to be offered as early as next year. In the interim, Ericsson has been helping Verizon deploy Massive MIMO for its 4G LTE Advanced Network, a transitory technology towards full 5G services.

“5G will change the way we work, interact, learn, and play. Through our work with Ericsson, we are creating a clear roadmap and building a robust ecosystem that will enable us to maximize the potential of 5G,” says Ed Chan, SVP Technology Strategy and Planning for Corporate Networking and Technology, Verizon.

The companies will be using Verizon 5GTF and the coming 3GPP 5G NR standards to be able to meet the low-latency, high-bandwidth requirements needed to deliver streaming HD videos and augmented reality applications.

"Not only is 5G a radical technological change providing smarter networks based on virtualization and softwarization, but it will also result in services being delivered in a much more personalized way. We will also witness a change in who uses these technologies, not only 'end' users, but also multiple sectors of industry or so-called 'vertical' users," says Professor Arturo Azcorra, VP of 5TONIC, a Spain-based 5G laboratory working with Ericsson, which has a global portfolio of partnerships with first-mover carriers.

These next-generation broadband services — or home broadband, at least — will be available as soon as next year in three to five United States markets, starting with Sacramento, Calif., according to Verizon. The carrier claims to be the only one in the U.S. with actual 5G trials to date.

With regards to Verizon’s ambitious 5G deployment, T-Mobile CTO Neville Ray this week criticized his rival company's goals as "unrealistic," citing the technical hurdles of deploying a mmWave-based network, according to an interview with CNET. T-Mobile CEO John Legere had tweeted earlier in the week that Verizon is "misleading customers" and that it already missed its original targets of rolling out 5G services in 2016, then again in 2017, a trend wherein Verizon continues to "over-promise & under-deliver."

By contrast, T-Mobile is planning on using a “variety of spectrum” — including lower-band 600 megahertz spectrum it won from a spectrum auction this year, and higher-band spectrum — for its 5G network that will not be fully commercial until 2020. At this time, T-Mobile will not be offering 5G since the economics are "flawed."

In response, Verizon VP of network support Mike Haberman told BGR that it’s “hard for those carriers that aren’t involved [in millimeter-wave spectrum] to comment.”

He said that mmWave spectrum technology is “improving rapidly” by utilizing new techniques, such as beam-forming technology, to propagate signals around barriers like wall and furniture more effectively.

Verizon is expediting over-the air field trials based on the 5G NR Release-15 specifications being developed by 3GPP — the global 5G standard. The company is collaborating with Qualcomm and Novatel Wireless on 5G NR operation in 28 GHz and 39 GHz mmWave spectrum.

Besides being partners with carriers on 5G trials, Qualcomm is busy developing its 5G chips and modems that will run on upcoming 5G phones. The company claims that when the first 5G phones come available in 2019, these will be powered by batteries that are more efficient.

It is not battery technology, per se, that will improve. Rather, it is how 5G will work with existing 4G networks that will extend phones’ battery life. The industry apparently has learned lessons from the rough 3G/4G switch years ago, when phones drained their batteries quickly. This time, Qualcomm promises 5G phones won't be battery hogs.

According to PC Mag, Peter Carson, Senior Director, Marketing, Qualcomm Technologies, said during the company's recent Snapdragon Summit that 5G networks will initially rely on 4G for their control layers, defaulting to 4G but jumping up to 5G only when they need faster speeds or lower latency, thus saving battery life.