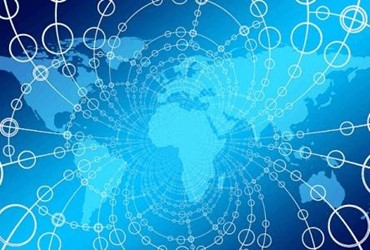 Under a $3.5 billion agreement, Nokia will supply T-Mobile US with 5G hardware, software, and services for the operator to provide broad 5G services on 600 megahertz spectrum, as well as ultra-high-speed capacity on 28 gigahertz airwaves in urban areas with dense traffic,  according to CNBC.

"This is our largest 5G deal to date, in fact it's one of our largest-ever deals," Phil Twist, Nokia's global marketing chief, said in an interview with CNBC. "This is reinforcing the fact that we see 5G accelerating to market in Q3 and ramping up in Q4."

Nokia said it will supply T-Mobile with its AirScale radio access platform along with cloud-connected hardware, software, and acceleration services. The two companies earlier this year identified Dallas and other "heavily populated areas of the country" to first get 5G.

T-Mobile is hoping that its partnership with Nokia, along with its April merger with Sprint, would help its push to deliver the first nationwide 5G services in the United States.

Leading US wireless carriers Verizon Wireless and AT&T, however, may be considered the frontrunners in the US 5G race.

Verizon this week said it will begin rolling out residential 5G broadband starting in the second half of this year — using radio signals instead of copper or fiber cables to provide internet and phone services to customers in Houston, the third city after Sacramento and Los Angeles identified byVerizon for its 5G plans. Interestingly, rather than purely mobile upgrades, Verizon said it will focus first on improving streaming television and playing video games to better compete with Comcast and AT&T, Houston’s two largest home internet providers, according to Government Technology.

AT&T Communications chief John Donovan said during the company’s second-quarter earnings call that the operator's "mobile millimeter trials are going well, and we're on track to launch in parts of 12 markets by the end of this year," reported Light Reading. AT&T also is strongly pushing its "5G Evolution" service, which is an upgraded version of its 4G LTE network.

Network equipment makers are counting on competition among U.S. mobile carriers to drive 5G growth starting this year. Most analysts foresee growth to really pick up when the first 5G devices make it into stores and the hands of consumers beginning early next year.

Chinese manufacturer Huawei said this week that its first 5G phone — expected to ship in June 2019 — likely will require larger batteries than current 4G phones. A DigiTimes report said the company’s 5G chips will consume 2.5 times the power of current 4G chips, and will require a premium copper cooling module to dissipate heat, compared to the much less expensive graphite components that cool most smartphones.

Venture Beat notes that no company has thus far revealed a finalized 5G housing, although Qualcomm and Intel are expected to install their 5G modems in upcoming devices.

In addition to hardware issues, 5G developers are torn between two alternative coding methods for 5G data transmission: the "polar codes" method developed by China's Huawei, and the U.S.-developed coding method "LDPC" (low-density parity check). The U.S. government and companies such as Qualcomm are backing up LDPC over polar codes, although proponents of both technologies have agreed to work together for now in finalizing 5G standards.

"Since they're both error correction [coding] methods, I suspect that deployments will tell us which method works best in the long term," said Anshel Sag, an analyst covering telecoms at Moor Insights & Strategy, to Forbes.

Even if the US government shuts out Huawei, the Chinese company can count on its home market, which is the largest 5G market in the world, with half of the estimated 1.3 billion 5G subscribers in China by 2023. It also is very active in Europe, testing the nascent 5G networks of partners such as Vodafone.

Spanish telco Vodafone Spain announced this week that Huawei has helped it install more than 30 antennas in the cities of Madrid, Barcelona, Valencia, Bilbao, Malaga, and Seville. Vodafone Spain plans to use 90 megahertz of spectrum in the 3.6-3.8 GHz band, which it recently acquired in a government auction for EUR 198 million ($ 232 million).

Meanwhile, Ericsson and Japan's NTT DOCOMO announced the successful trial of the world’s first 8 Gbps 5G communications with a fast-moving vehicle; the vehicle was equipped with “vehicle glass-mounted antennas” developed by AGC. The antennas are installed on the vehicle’s glass surfaces and are barely noticeable.

"Radio waves in the 28 GHz band have a large propagation loss and have difficulty propagating over long distances. By installing an On-Glass Antenna on the vehicle, radio waves above 6 GHz can be transmitted and received using the ‘beam forming function,’ which concentrates radio waves in a specific direction, and the ‘MIMO function,’ which improves communication speed by simultaneously transmitting different data from multiple antennas. This allows stable, high-speed communications even for vehicles in operation ," states an AGC press release.