The Week In 5G: Hyper-Connected Cars and the World's First 5G Smartphone 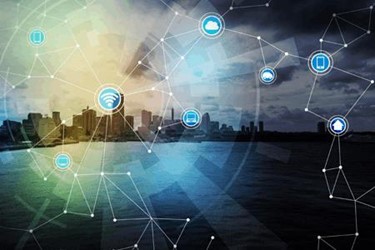 The first 5G smartphones could make their way to store shelves as early as next year, and 5G-connected cars could hit roads by 2020, according to major industry players who are shaping the fast-emerging 5G ecosystem.

Just a year ago, most industry estimates had 5G not being available until 2020 at the earliest. However, rising consumer and business demand for higher-capacity, low-latency, and wide scale mobile broadband and Internet of Things (IoT) services have quickened the timeline for companies.

ZTE Corporation, a major Chinese telecoms equipment company, announced during this week's Mobile World Congress Americas (MWCA) in San Francisco, that it is launching a prototype 5G phone by the first quarter of 2018, reports China Daily. The company also has ongoing 5G trials with China's three largest mobile carriers, in line with the government's push to commercialize 5G and IoT networks before 2020.

"You will see it (5G) in real devices, on the shelf, in 2019. And if I were to answer that same question a year ago, I would have said 2020," Qualcomm CEO Steven Mollenkopf said in an interview on the sidelines of the Frankfurt Motor Show, reports Fox Business.

Mollenkopf added that, based on past cellular standard transitions, typical "first mover" countries Korea, Japan, and the United States will again deploy the first 5G networks. However, China, which currently has 1.32 billion mobile phone users and 771 million Internet users, will likely join the ranks as an early adopter of 5G technology.

Qualcomm, the world's top maker of smartphone chips, is a major player among several stakeholders trying to hammer out a common standard for 5G networks, and has numerous industry partners in developing 5G technology.

The company this week announced a collaboration with Nokia to conduct interoperability testing and over-the-air field trials in the second half of 2017.

Related, the 5G Infrastructure Public Private Partnership (5GPPP) this week announced the first part-delivery of 5G technologies to be integrated with vehicles under the Fifth Generation Communication Automotive Research and Innovation (5GCAR) project.

Launched in June, the program brings together competitors like Ericsson, Nokia, and Huawei together with automakers Volvo Cars and PSA Group, to agree on common prerequisites for the 5G system and a global standard for vehicle communication, according to Science|Business.

5GCAR envisions vehicles connected with 5G technology to be plying highways by 2020. Among several hyper-connected features, 5G-enabled vehicles will be designed to connect reliably in as fast as 5 milliseconds with smartphones of cyclists and pedestrians to increase traffic safety.