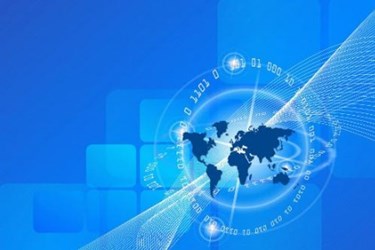 In terms of infrastructure, Carr says that FCC is revamping federal policy "to make it economical to see those small cells deployed whether it's downtown, main street, or rural America."

A new report from consulting group Deloitte, however, claims that China currently has ten times more sites to support 5G communications than the US. Chinese companies put up more cell phone sites in the first three months of 2017 alone than the US had done in the past three years, according to Reuters. Moreover, China has outspent the United States by $24 billion since 2015 and has built 350,000 new cell phone tower sites, while the U.S. has built fewer than 30,000.

According to The Hill, Commerce Secretary Wilbur Ross has said that building a 5G mobile broadband network is a top priority for the Trump administration to win the 5G race against rival China and other nations.

"We are strengthening our investment in the U.S. to be even closer to our customers and meet their accelerated 5G deployment plans," says CEO Börje Ekholm, according to ZDNet.

In addition to hiring hundreds of software engineers and specialists, Ericsson plans to "recruit a dedicated team to work specifically on introducing products for the U.S. market, conducting production engineering, testing/integration, and supply preparations on early prototypes. This will be done in close collaboration with U.S.-based R&D resources."

Besides raising money to put into 5G R&D, Ericsson is involved in multiple field trials around the world. The company signed a Memorandum of Understanding this week with Filipino carrier PLDT-Smart to deploy a 5G test network in Luzon, the country's biggest and most populous island, by early 2019.

"We are happy to partner with Smart to pioneer 5G in the Philippines. We believe first movers in 5G can reshape the market, grow market share and increase revenue streams. Combining improved capacity and ultra-low latency, 5G will help realize new use cases and business models and capture new revenue opportunities by addressing industry digitalization," said Martin Wiktorin, head of Ericsson Singapore, Brunei, Philippines and Pacific Islands, according to Total Telecom.

Globe, the other player in the Philippines' mobile telecom duopoly, plans to roll out its 5G service by the end of the second quarter of 2019.

Samsung's upcoming flagship Galaxy S10 is reportedly not one of those 5G-capable smartphones. Venture Beat reports that Samsung mobile chief DJ Koh confirmed to Korean journalists that the company is working on a separate 5G phone, although he did not give further details. This phone could be launched as South Korea deploys 5G in March, with the device joining Samsung's 2019 lineup of S and Note branded devices, as well as a foldable phone model.