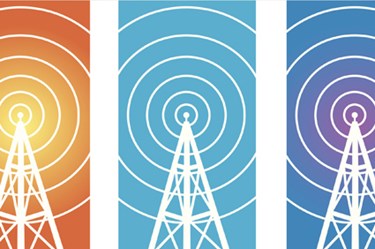 Samsung's Galaxy S10 flagship smartphone, launching early next year, will be 5G-compatible. Samsung's partner, Qualcomm, announced that the S10 will the first of 5G-enabled premium tier smartphones and devices using Qualcomm's next-generation system-on-chip (SoC) built on the 7nm process node (which will be called the Snapdragon 855), and can be paired with the Qualcomm Snapdragon X50 5G modem, according to Forbes. Meanwhile, Samsung is developing its own Exynos chipsets for upcoming 5G devices, and just announced the Exynos Modem 5100, which the company claims is the industry's first 5G modem fully compliant with 3GPP standards.

Apple's split with Qualcomm means that Apple will rely on Intel chips to power its next line of iPhones — which is highly unlikely to support 5G, according to Forbes. When Apple does introduce a 5G-capable iPhone, it may be subject to hefty 5G licensing costs. This week, Nokia announced a flat-rate €3 ($3.49) per-device cost for the license of its 5G patents — lower than Ericsson and Qualcomm’s fees — at up to $5 and 2.275 percent of a 5G handset's price, respectively. Apple's cumulative cost of putting 5G on future iPhones adds up to approximately $21 per device, according to Forbes.

Nokia is set to make a lot of revenue from the coming waves of 5G devices. This week, the Finnish company secured a 500 million euro ($572 million) loan from the European Investment Bank to step up development of next-generation 5G technology, according to Reuters. Last month, Nokia announced a $3.5 billion deal with U.S. mobile carrier T-Mobile, so far the world’s largest 5G deal.

"The government considers that the involvement of vendors who are likely to be subject to extrajudicial directions from a foreign government that conflict with Australian law, may risk failure by the carrier to adequately protect a 5G network from unauthorized access or interference," reads an Australian government statement released Thursday, reports CNBC.

Huawei responded by saying the move was "politically motivated".

Australia's decision aligns with the U.S. government ban on the two companies, likewise based on security fears. Even though one-third of future overall 5G subscribers are expected to be in Huawei’s home country (China), the successive bans from major 5G markets could hamper the company’s 5G prospects — especially in the US, which anew survey claims has taken the lead in the global 5G race.

The survey by IHS Markit says the 12 percent of operators on pace to deploy 5G this year all are in North America. Major US operators say they are set to roll out 5G services starting this year, and the FCC recently revamped rules to allow installation of small cells with less bureaucracy and more speed, despite continued opposition from advocacy groups and municipalities.

“Our effort has to do with making pre-emptive strikes before Verizon, AT&T [and others] actually make formal applications to each town and city,” Vicki Sievers, of the EMF Safety Network, told Gov Tech. “There are no applications in San Rafael to date, but there surely have been permits granted and installations begun in other Bay Area cities.”

Verizon last week settled a year-long legal battle with Doylestown, Pennsylvania over the installation of 5G hardware. The company and its infrastructure partner agreed to cut down on the number of small cells they will erect, delay installations by several months, hide small cells, and share revenues with the town.

Speaking of rollouts, the UK is expected to lag behind the U.S., China, and South Korea, but is likely to beat most of Europe in the 5G race. EE and BT are planning to launch 5G networks by the end of 2019, and should be among the 29 percent of companies worldwide launching 5G networks in 2019, according to IHS Markit. O2, Vodafone, and Three plan to launch networks in 2020, when 24 percent of networks globally are expected to do so.

Other countries are slower in rolling out 5G as they are still dealing with spectrum allocation and industry competition issues.

Germany's spectrum auction next year will be lucrative for the three main operators: Telekom, Vodafone, and Telefónica. However, Germany’s leading competition regulator has called for the establishment of a fourth mobile phone network as part of the auction, something the three established companies vehemently oppose, according to Handelsblatt Global.

Thailand, too, is facing three barriers to 5G implementation: the financial burden shouldered by telcos, spectrum bandwidth allocation, and legitimacy of the current regulator to conduct auctions, according to the Bangkok Post. If Thailand fails to implement a 5G infrastructure by 2030, it faces an opportunity loss of 2.3 trillion baht, or 20 percent of the current GDP.

India is set to announce spectrum allocation and related policy by the end of the year. First, though, it needs to needs to “correct” anomalies related to the high cost of spectrum, and address the quantum of spectrum allocation itself, which “needs a big fillip,” said AJ Paulraj, head of the committee in charge of India's 5G roadmap, according to The Hindustan Times.

Paulraj, through a panel report, said he expects 5G commercial rollout in India to begin around 2020. Related, India will spend around $100 billion over the next 5-7 years to build its nationwide 5G infrastructure. The panel estimates that “the cumulative economic impact of 5G on India can reach one trillion USD by 2035.”

Also this week, Vodacom launched the first commercial 5G network in Africa — in Lesotho, a landlocked country encircled by South Africa, where Vodacom is based.

“What we’ve accomplished in Lesotho is an example of what can be achieved in Africa, should requisite spectrum also be made available,” said Vodacom CEO Shameel Joosub, according to Memeburn.

Vodacom claims that it has already set up a similar network in South Africa, achieving download speeds of 700Mbps, but the lack of spectrum in the 3.5GHz band prevents a nationwide rollout. The company has been granted just 100MHz within the 3.5GHz band to showcase its 5G network, but says it requires a larger slice of the spectrum.