For digitally beamformed phased arrays, a common implementation method considered for the LO generation is to distribute a common reference frequency to a series of phase-locked loops distributed within the antenna array. With these distributed phase-locked loops, a method for assessing the combined phase noise performance is not well documented in current literature.

In a distributed system, common noise sources are correlated and distributed noise sources, if kept uncorrelated, are reduced when RF signals are combined. This is intuitive to assess for most components in the system. For a phase-locked loop, there are noise transfer functions associated with every component in the loop, and their contribution is a function of the control loop, as well as any frequency translation. This adds complexity when attempting to assess a combined phase noise output. By building upon known phase-locked loop modeling methods, and an assessment of correlated vs. uncorrelated contributors, an approach to track distributed PLL contributions across frequency offsets is presented.

In any radio system, careful design effort is placed on implementation of the local oscillator (LO) generation for the receivers and exciters. With the proliferation of digital beamforming in phased array antenna systems, design is further complicated by the distribution of LO signals and reference frequencies to a large number of distributed receivers and exciters.

A trade-off at the system architecture level is to distribute the LO frequencies needed, or to distribute a lower frequency reference, and to create the LO needed in close physical proximity to the point of use. A readily available and highly integrated option to create the LO locally is through a phase-locked loop. The next challenge is to assess a system-level phase noise from a variety of distributed components, as well as centralized components.

Fig. 1 — A system of distributed phase-locked loops. Each oscillator is phase-locked to a common reference oscillator. The LO signals, 1 to N, are applied to the LO ports of the mixers shown in the phased array.

A challenge for the system designer is tracking the distributed system's noise contributions, understanding correlated vs. uncorrelated noise sources, and making an estimate of the overall system noise. In a phase-locked loop, this challenge is compounded by noise transfer functions that are both a function of the frequency translation and loop bandwidth settings in the phase-locked loop.

An example measurement for combined phase-locked loops is shown in Fig. 2. This data was taken by combining transmit output from multiple ADRV9009 transceivers. Cases for a single IC, two combined ICs, and four combined ICs are shown. In the case of this data set, there is a visible 10logN improvement as ICs are combined. In order to achieve the result, a low-noise crystal oscillator reference source was needed. The motivation to the model in the next section is to derive a method to calculate how this measurement would scale in a large array with many distributed transceivers, and more generally to any architecture with distributed phase-locked loops. 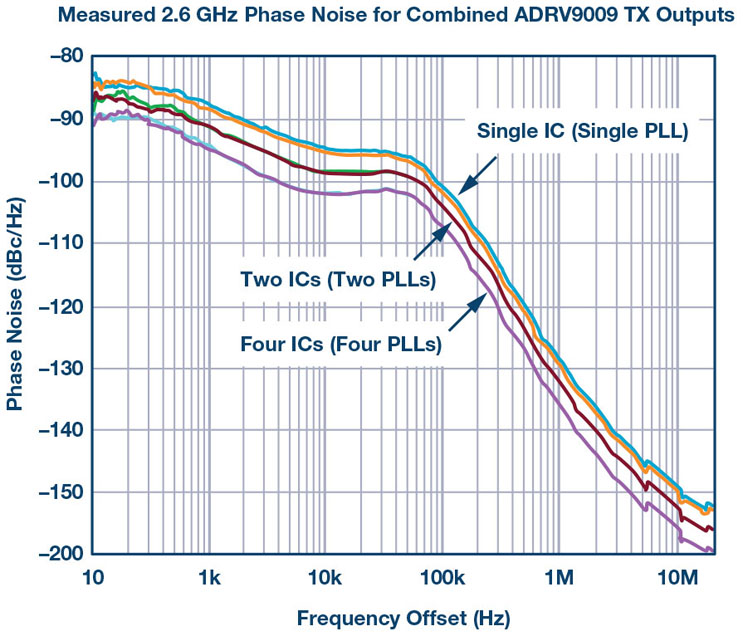 Noise modeling in phase-locked loops is well documented.1–5 An output phase noise plot is shown in Fig. 3. In this type of plot, noise contributions for every component in the loop can be quickly assessed by the designer, and the accumulation of these contributors leads to the overall noise performance. The model parameters were set to be representative of the data shown in Fig. 2, and the source oscillator used to create a phase noise estimate if a large quantity of ICs were to be combined.

To examine the effect with a distributed phase-locked loop, first, the reference contribution and the contribution from the remaining PLL components are exported from the PLL model. 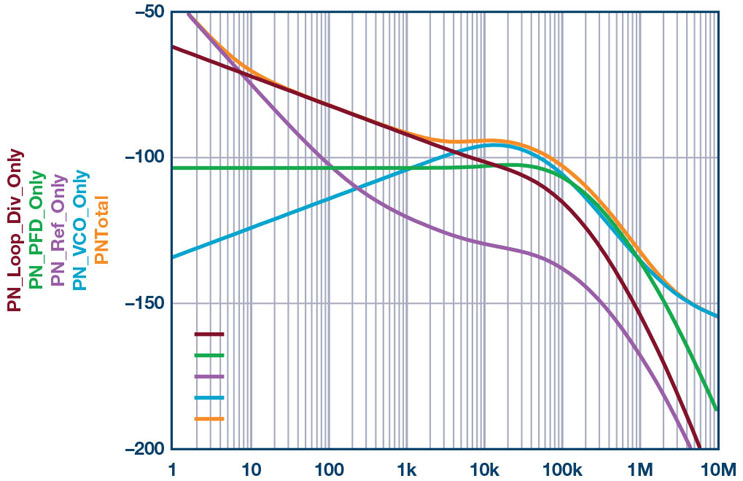 Fig. 3 — A typical phase-locked loop phase noise analysis showing the noise contributions of all the components. The total noise is the combination of all the contributors.

Next, a process to calculate a combined phase noise for a system with many distributed phase-locked loops is described. This approach is based on being able to separate the reference oscillator’s noise contribution from the VCO and loop components’ noise contributions.

Fig. 4 illustrates a hypothetical distributed example of a single reference oscillator to many PLLs. This calculation assumes a noiseless distribution, which is not practical, but can be used to illustrate the principles. The noise contribution from the distributed PLL is assumed to be uncorrelated and reduced 10logN where N is the number of distributed PLLs. As channels are added, the noise is improved at larger offset frequencies and, for large distribution systems, the noise becomes almost completely dominated by the reference oscillator.

The example illustrated in Fig. 4 simplified assumptions on the reference oscillator distribution. In a true system analysis, it is expected that the system designer will also account for noise contributions in the reference oscillator distribution, which will degrade the overall results. However, a simplified analysis like this one is quite useful for gaining intuition on how architecture trade-offs may impact the overall system phase noise performance. Next, we look at the impact of phase noise in the distribution system.

Accounting For Phase Noise In The Reference Distribution

Two examples of distribution options are evaluated next. The first case considered is shown in Fig. 5. In this example, a wideband PLL, common for the fast tuning of the VCO frequency, is chosen. Reference signal distribution is implemented with clock PLL ICs, also common to simplify timing constraints for digital data links, such as JESD interfaces. Individual contributors are shown in the lower left. These contributors are at the device’s frequencies, and are not scaled to the output frequency. The lower-right phase noise plot shows the system-level phase noise for varying quantities of distributed PLLs. 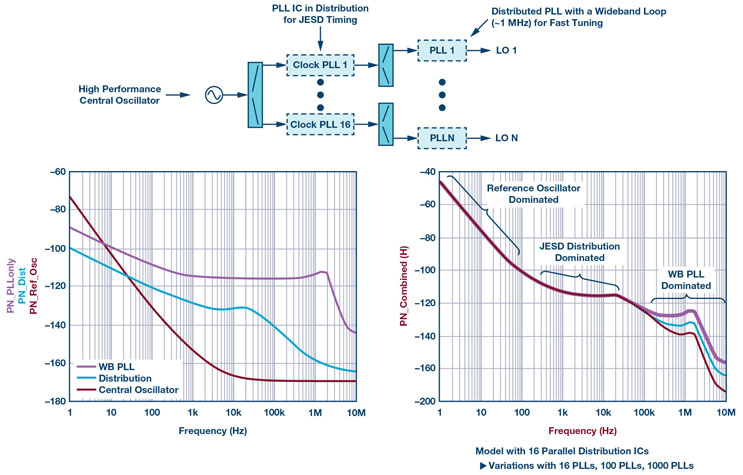 Fig. 5 — Distributed wideband PLL with a PLL IC in the distribution.

The wideband PLL is assumed nominally at S-band frequencies, set to a 1 MHz loop bandwidth for fast tuning, which is about as wide a loop as is practical.

It is worth noting that these models were chosen to be typical of what might be practical and illustrate the cumulative effect in an array. Any detailed design may be able to improve a particular PLL noise curve, which is anticipated, and this analysis method is intended to aid the engineering decision of where to allocate design resources for the best overall result, and is not intended to make an exact claim relative to available components. 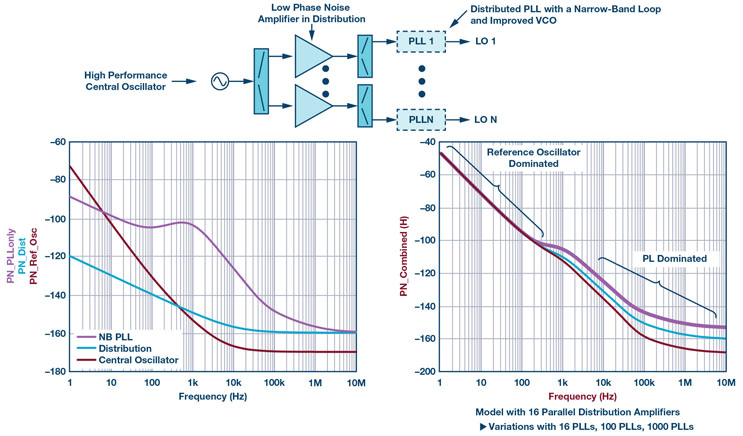 Fig. 6 — Distributed narrow-band PLL with amplifiers in the distribution

Fig. 6 illustrates a different approach. The same low-noise crystal oscillator is used as a reference. This is distributed through RF amplifiers, rather than retiming and resynchronizing through a PLL. The distributed PLL is chosen at a fixed frequency, which has two effects: at a single frequency with a narrow tuning range, the VCO can be intrinsically better, and the loop bandwidth can be made much narrower. The lower-left plot shows the individual contributors. The central oscillator is the same as the previous example.

Note the distribution amplifiers: they are not particularly high-performance when considering low phase noise amplifiers, yet considerably better than using PLL ICs, as in the previous example. The distributed PLLs are improved at higher offset frequencies by both a better VCO and narrower loop bandwidth, but the mid frequencies of ~1 kHz are actually worse than the wideband PLL example. The lower-right shows the combined result: the reference oscillator dominates the low frequencies. Above the loop bandwidth, the distributed PLL dominates performance, and is improved with increasing the array size and quantities of distributed PLLs.

Fig. 7 compares of the two examples. Note the wide range of differences in offset frequencies from ~2 kHz to 5 kHz. 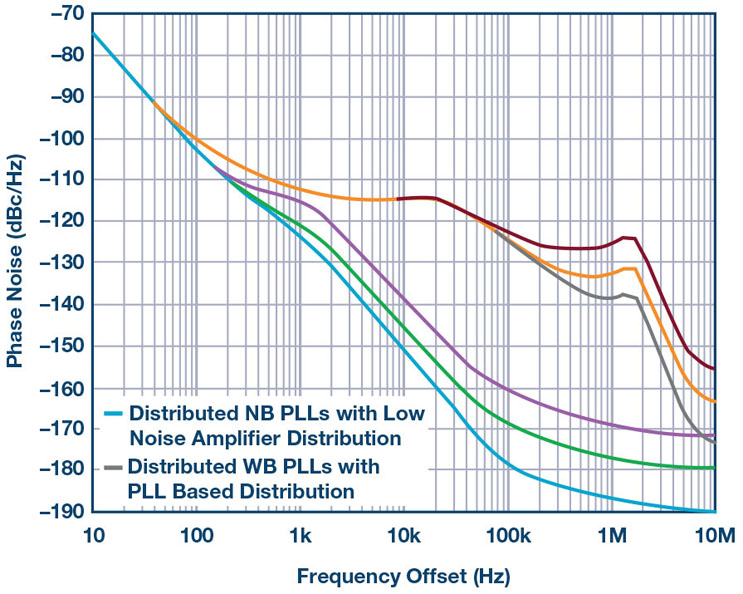 Fig. 7 — A comparison of Fig. 5 and Fig. 6 illustrates the wide range of system-level performance dependent on the distribution and architecture chosen.

Based on an understanding of weighted contributions to an overall system phase noise performance, several conclusions can be drawn relative to a phased array or multichannel RF system architecture.

For systems desiring fast tuning of PLLs, the loop bandwidth typically is widened to optimize speed. Unfortunately, this by itself is the wrong direction for optimizing distributed phase noise contributions. One option to overcome this would be distributed narrow-band cleanup loops prior to the wideband loop, to reduce the offset frequency where reference and distribution noise is correlated.

For systems employing thousands of channels, significant improvement can be gained from the distributed components if their contributions can remain uncorrelated. The primary concern may be selection of the reference oscillator, and maintaining a low-noise distribution system to the distributed receivers and exciters.

With the proliferation of GSPS converters continually increasing in speed and RF input bandwidth, direct sampling systems are becoming realizable into the microwave frequencies. This leads to an interesting trade-off. The data converters need only a single clock frequency, and the RF tuning is done completely in the digital domain.

VCOs can be made with improved phase noise performance by limiting the tuning range. This also leads to a lower loop bandwidth for the PLLs creating the data converter clocks. The lower loop bandwidth will alter the noise transfer function of the reference oscillator to a lower offset frequency, thus reducing its overall contribution to the system. This, combined with improved VCOs, may in some cases have benefits in a distributed system, even if a single-channel comparison would appear to favor an alternate architecture.

A method for evaluating phase noise in a system with distributed phase-locked loops has been presented. The basis of the method is that every component can be tracked by its individual noise, the noise transfer function between the component and the system output, the quantity used, and any correlation between the devices. The examples shown are not intended to make a claim on available components or architecture capability. They are intended to illustrate an approach to aid designers in an educated assessment of array-level phase noise contributors in the LO and clock distribution networks servicing the distributed waveform generators and receivers in a digital beamforming phased array.

Peter Delos is a technical lead in the Aerospace and Defense Group at Analog Devices in Greensboro, N.C. He received his B.S.E.E. from Virginia Tech in 1990 and M.S.E.E. from NJIT in 2004. Peter has over 25 years of industry experience. Most of his career has been spent designing advanced RF/analog systems at the architecture level, PWB level, and IC level. He currently is focused on miniaturizing high-performance receiver, waveform generator, and synthesizer designs for phased array applications. He can be reached at peter.delos@analog.com.