"Spectrum Crunch" Solutions — Who's On The Right Track? 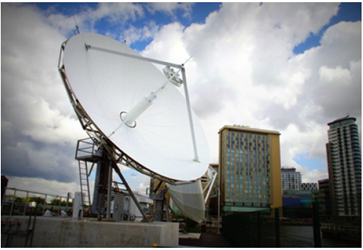 The past few months have been exciting for those with an ear to the ground regarding the “spectrum crunch.” Whether you believe we’re nearing a breaking point for usable bandwidth, or you think the fuss is much ado about nothing, you can’t ignore the myriad solutions being presented as a fix.

In July, the U.S. Department of Defense’s Defense Advanced Research Projects Agency (DARPA) initiated a three-year contest — with almost $4 million in prizes up for grabs — challenging entrants to develop smart systems that “collaboratively and autonomously adapt in real time” to the congested spectrum environment, allocating bandwidth where it’s needed by borrowing where it’s not.

In August, a team of researchers at the University of Southern California, Los Angeles (UCLA), described how a light phenomenon known as orbital angular momentum (OAM) could be applied to ease the spectrum crunch.

Then, earlier this month, the National Science Foundation (NSF) awarded $12 million in grants, spread across 11 principal investigators and projects, bringing the NSF's total investment in this area past $60 million for 140 projects over the past five years. However, NSF’s announcement, while naming the most recent grant recipients, did not describe their technologies in much detail. Let’s remedy that here. Note that spectrum-sharing and development of heterogeneous wireless technologies are just part of the program’s stated goals, so only the applicable recipients are listed:

Energy- and Cost-Efficient Spectrum Utilization with Full-Duplex mm-wave Massive MIMO — Borivoje Nikolic, University of California, Berkeley — This project seeks to apply theoretical progress made in the realm of mm-wave massive MIMO systems  to system design and networking techniques. Per the researchers’ abstract, their work will address “key challenges in the development of signal processing algorithms, network protocols, and a prototype hardware design to enable scalable low-latency mm-wave MIMO networks with high degrees of spatial multiplexing.”

Cloud-based Oblivious Spectrum Mapping and Allocation — John Shea, University of Florida — This project seeks to protect the privacy of users involved in dynamic spectrum access (DSA). While anonymity techniques do exist for DSA, they require high computational complexity, a requirement the researchers hope to eliminate (i.e., so it can be used in devices like cell phones). Note that complete privacy is impossible to achieve in a spectrum-sensing system, at least with current technology, since locations and characteristics of sensing radios may be revealed to other radios and whoever is collecting/combining the information.

Enabling Opportunistic Environmental Monitoring with Non-Uniform Sampling and Processing Circuits — Mike Shuo-Wei Chen, University of Southern California — This project ultimately is intended to aid global climate change research, transitioning environmental monitoring from complex equipment operating in dedicated RF bands to cheaper equipment unencumbered by dedicated transmitters or bandwidth. That said, the research outcomes surely could impact the consumer wireless market, and any discoveries will be made available for academic dissemination at all education levels.

This is just a small sampling of the numerous ideas bouncing around academia, and the commercial sector isn’t sitting idly by, either. For example, South Africa’s Internet Solutions is working to create an inexpensive spectrum-sensing device, and Japan’s NEC Corporation has developed a radio-sensing system that can visualize radio spectrum usage in real time. The true challenge, though, will be ensuring acceptance of — and accessibility to — viable DSA technologies as they appear.

Do you think the spectrum crunch solution will be found among this most recent batch of academic hopefuls? Perhaps you or your company is working on a technology vital to the solution’s efficacy or cost-effectiveness. Let us know in the Comments section below.

All NSF abstracts cited in this column can be found here.