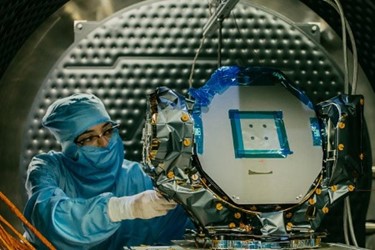 The SENER engineering and technology group is participating for another year in the Satellite fair, an annual conference on commercial satellites and space technologies that represents the biggest event in the sector, with representatives from more than 100 countries. The 2018 edition will take place in Washington D.C., between 12 and 15 March.

SENER, with offices in the USA since 2008 and headquartered in Los Angeles, will participate in the exhibition displaying its own technologies from the field of electromechanical components and systems for commercial satellites and telecommunications. To demonstrate this, the company's stand will be displaying models of rotating actuators; rotating seals, from both band X and band K; deployment mechanisms, antenna subsystems, supplied by SENER for scientific missions of the European Space Agency (ESA) and of the American space agency NASA such as BepiColombo, Solar Orbiter and JUICE; deployable booms, like those employed in the Solar Orbiter mission; scanners such as those incorporated in Meteosat Third Generation (MTG); and components for the International Berthing and Docking Mechanism (IBDM), where SENER is part of the industrial consortium that supplies the Hard Docking System.

SENER began its space adventure developing mechanisms and structural elements more than 50 years ago, which is why it offers the market of commercial satellites and telecommunications its experience in the design, manufacture, testing and final integration of components and critical electromechanical systems for Space, with 100 % reliability. In its trajectory of over 50 years, the company has learned how to win the trust of the main agencies from all over the world - NASA, ESA, JAXA and Roscosmos - and for whom it has supplied more than 275 pieces of equipment and systems in satellites and space vehicles. Nowadays, SENER is a key supplier of components and electromechanical systems for the ESA and its main supplier in the case of deployable booms. Some of its references, in addition to those already mentioned, are Athena, Proba-3, Gaia, ExoMars, IXV, the vehicle explorer Curiosity, Euclid, LISA Pathfinder and SEOSat/Ingenio.