Who Should Get The Billions Collected From Spectrum Auction Bids? 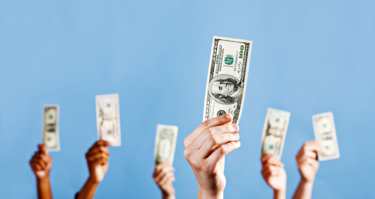 A decade ago, the U.S. government pledged $7 billion of spectrum auction funds to develop the country’s First Responder Network Authority (FirstNet), an endeavor to overhaul the nation’s communications systems for first responders. FirstNet, supported by a public-private partnership with AT&T, uses designated spectrum to cover nearly 3 million square miles and is used by more than 19,000 public safety agencies.

As spectrum auctions continue to pull in otherworldly sums — the largest C-band auction raked in $81 billion — one question lingers: Where does all the money go? And, where should it go?

While most reports say the funds head straight for the U.S. Department of the Treasury, their final destination isn’t clear. But in just a few days, two potential — and very specific — destinations have been proposed, one by FCC Chairwoman Jessica Rosenworcel and the other by a newly formed advocacy group.

Since $7 billion of spectrum funds has so positively impacted the development of FirstNet, it’s only right to support the front end of the emergency response system, says Rosenworcel. At the 10th anniversary FirstNet celebration on Feb. 22, Rosenworcel proposed that auction proceeds support a nationwide investment in digital, next generation 911  (NG911) services.

She first applauded the widespread efforts and billions of auction dollars that breathed life into FirstNet but soon seized the moment to bemoan a woefully outdated 911 system. From outages of varying reaches in 2014 and 2020 to the system’s susceptibility to cyber attacks as evidenced by a 2017 hacking incident, Rosenworcel bemoaned the system’s inability to meet the demands of the digital age. But she also acquiesced that fixing it will come at a hefty cost. Historically, the country’s 911 system has received piecemeal funds from local, state, and federal entities. Rosenworcel suggests adding another source: spectrum auctions.

“We would be using the auction of public airwaves to support public safety. And the funds would flow to every state and jurisdiction with 911 call centers to help make next-generation 911 a reality nationwide.  Think of it this way: This is next-generation spectrum for next-generation 911.  I think this is a golden opportunity,” she said.

Upgrades toward NG911 would include capabilities for voice, text, data, and video, according to an FCC press release. That might include the transmission of real-time video or images of an emergency to dispatchers and first responders. It might also mean 911 dispatchers’ direct access to a person’s medical records to facilitate faster and more accurate care.

A day after Rosenworcel’s address, Airwaves For Equity (AFE), a new spectrum alliance championing digital equity, aired an idea of its own. AFE wants future auction proceeds help to close a digital divide wherein marginalized Americans do not have robust technological know-how and often times still don’t have access to or can’t afford reliable, high-speed internet.

Although the $2.75 billion for the Digital Equity Act (a part of the larger $65 billion commitment from the Infrastructure, Investment and Jobs Act to close the digital divide) is slated to address access and affordability, it does not directly support digital literacy and inclusion, claims AFE. That is, it doesn’t teach people the skills needed to use the internet. Just like learning to read and write, there is a certain learning curve for knowing how to find, create, evaluate, and share information using the internet, AFE contends.

“If people don’t know how to use technology, don’t have the skills, or cannot tap into the value of broadband and internet for basic needs, our efforts to connect them are fruitless,” said Michael Calabrese, director of the Wireless Future Project, as quoted by Broadband and Breakfast.

AFE is proposing a Digital Equity Foundation “to fund public purpose apps, training, education tech, telehealth and public health, disability access, digital navigator programs and other digital literacy and adoption efforts in a sustainable way,” according to its website. AFE was founded, in part, by the American Library Association, National Digital Inclusion Alliance, and Center for Rural Strategies.

Congress Will Make the Call

Both of these requests hinge on whether Congress will continue allowing the FCC to hold spectrum auctions. At the end of the fiscal year on Sept. 30, the FCC will lose that authority unless Congress decides otherwise. With more than $100 billion to be collected from the past two auctions, it stands to reason that if Rosenworcel wants funds for a nationwide 911 upgrade and AFE wants a piece for promoting digital equity (which, by the way, would have substantial impact on rural and underserved communities), there should be plenty of funding to go around.