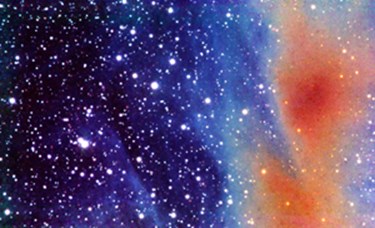 The space agency is using its competitive awards-based programs to encourage small businesses and research institutions to engage in research that would advance space flight and will likewise yield commercial benefits for companies.

Among several advanced propulsion systems in development, NASA is eyeing fusion-driven rockets to propel spacecraft dramatically faster to destinations like Mars and beyond.

According to Next Big Future, the fusion reactors being developed by Princeton Satellite Systems use low-frequency radio waves to heat a mix of deuterium and helium-3, and uses magnetic fields to confine the resulting plasma in a ring. As this plasma rotates in a ring, some of it can spiral out and be directed from the fusion rocket’s nozzle for thrust and, theoretically, can achieve very high exhaust velocities — up to about 25,000 kilometers per second.

NASA says its future fusion reaction space engines will need high-temperature superconducting coils to enable the magnetic field that allows the engine to operate safely. To develop these coils, the agency awarded a second grant to Princeton Satellite Systems for its proposal to design coils using the latest high-temperature superconductors. It will partner with Princeton Plasma Physics Laboratory, which will provide expertise on coil specifications and magnet design.

The superconducting coils have applications in scientific payloads and other advanced propulsion concepts, such as the VASIMR electric thruster, as well as potential utility in radiation shielding of spacecraft. Commercial applications include high-power Earth satellites with radar, laser, or communications payloads, and generators for wind turbines, high-efficiency motors, particle accelerators, energy storage, and terrestrial fusion reactors.

According to a press release, these Phase I STTRs of $125,000 each will run for one year, at which point Princeton has the opportunity to propose advancing to Phase II work, whose grants are worth up to $750,000 each. During Phase II, Princeton plans to conduct a plasma heating experiment for its RF amplifier, and to build one or more Tesla coils to be integrated into the existing plasma experiment at Princeton Plasma Physics Laboratory.