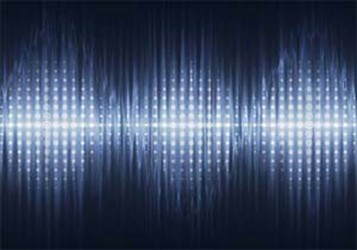 Researchers at the Advanced Science Research Center (ASRC) at The Graduate Center of The City University of New York and at the City College of New York (CCNY) have developed a metamaterial that can transport sound in unusually robust ways along its edges and localize it at its corners.

According to a new paper published today in Nature Materials, the newly engineered material creates a robust acoustic structure that can control in unusual ways the propagation and localization of sound even when fabrication imperfections exist. This unique property may improve technologies that use sound waves, such as sonars and ultrasound devices, making them more resistant to defects.

The research is a collaboration between the labs of Alexander Khanikaev, a professor in the electrical engineering and physics departments at CCNY who is also affiliated with the ASRC, and of Andrea Alù, director of the ASRC's Photonics Initiative. Their advance is based on work that brought a field of mathematics called topology into the materials science world. Topology studies properties of an object that are not affected by continuous deformations. For instance, a donut is topologically equivalent to a plastic straw, as they both have one hole. One could be molded into the other by stretching and deforming the object, and without tearing it or adding new holes.

Using topological principles, researchers predicted and later discovered topological insulators -- special materials that conduct electric currents only on their edges, not in the bulk. Their unusual conduction properties stem from the topology of their electronic band gap, and they are therefore unusually resistant to continuous changes, such as disorder, noise or imperfections.

"There has been a lot of interest in trying to extend these ideas from electric currents to other types of signal transport, in particular to the fields of topological photonics and topological acoustics," Alù says. "What we are doing is building special acoustic materials that can guide and localize sound in very unusual ways."

To design their novel acoustic metamaterial, the team 3D-printed a series of small trimers, arranged and connected in a triangular lattice. Each trimer unit consisted of three acoustic resonators. The rotational symmetry of the trimers, and the generalized chiral symmetry of the lattice, gave the structure unique acoustic properties that stem from the topology of their acoustic bandgap.

The acoustic modes of the resonators hybridized, giving rise to an acoustic band structure for the whole object. As a result, when sound is played at frequencies outside the band gap it can propagate through the bulk of the material. But when sound is played at frequencies inside the band gap, it can only travel along the triangle's edges or be localized at its corners. This property, Alù says, is not affected by disorder or fabrication errors.

"You could completely remove a corner, and whatever is left will form the lattice's new corner, and it will still work in a similar way, because of the robustness of these properties," Alù said

To break these properties, researchers had to reduce the symmetry of the material by, for example, changing the coupling between resonator units, which changes the topology of the band structure and thus changes the material's properties.

"We have been the first to build a topological metamaterial for sound supporting different forms of topological localization, along its edges and at its corners.," Khanikaev said. "We also demonstrated that advanced fabrication techniques based on 3D printed acoustic elements can realize geometries of arbitrary complexity in a simple and flexible platform, opening disruptive opportunities in the field of acoustic materials. We have been recently working on even more complex 3D metamaterial designs based on these techniques, which will further expand the properties of acoustic materials and expand capabilities of acoustic devices."

"We're showing, fundamentally, that it is possible to enable new forms of sound transport that are much more robust than what we are used to. These findings may find applications in ultrasound imaging, underwater acoustics and sonar technology," Alù said.