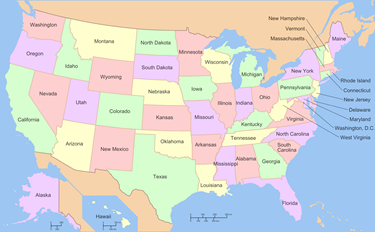 At first glance, planning the 2017 IEEE MTT-S International Microwave Symposium (IMS) at the Hawaii Convention Center on Oahu seems like a no-brainer. Who wouldn’t want to go to Hawaii!? But the truth of the matter is much more complicated: each potential IMS location comes with its own unique pros and cons for show attendees and exhibitors, as well as the entity organizing the event.

Unsurprisingly, it takes a small army of dedicated individuals to ensure the venue pays off for all involved. While we’ll focus on IMS here, many of the ideas presented are universal among trade shows in our industry, and I welcome further input in the Comments section below.

According to IMS 2017 co-chair Kevin Miyashiro, Hawaii was a great example of “sell the sizzle, not the steak.” In black-and-white terms, The Hawaii Convention Center on Oahu is not ideal: it’s a smaller location, the hotels are farther from the convention center, and the cost of travel to and from the show is a significant concern, both for exhibitors and attendees.  Plus, what showrunners refer to as the “boondoggle factor” — which essentially equals people skipping out on the show to enjoy the beach— must be considered.

However, “X factors,” like Hawaii’s unique ambiance and environment, fly in the face of what could be deemed conventional logic. Showrunners have to consider the overall experience, including social events affiliated with the symposium. Thus, the decision to return IMS to Hawaii (versus a new location) in 2017 benefitted from fewer unknowns, but had to battle against known issues from 10 years ago.

A Leap of Faith, Rewarded

Like a football coach’s nerve to run a trick play on fourth down, or a blackjack player’s call to double down on 11, sometimes a decision only appears smart after it works — or asinine if it blows up in your face. Planning an event that may (or may not) draw people from all over the globe is much the same and, in the case of IMS 2017, the (well-informed) gamble payed off. An IMS press release dated June 20 confirmed the show’s hard numbers, and Miyashiro was able to provide some context for the totals.

IMS attendees who submitted/presented papers, as well as attendees who wanted to learn from others in their research field, “are working on all this cutting-edge stuff. The applications they work on might be applicable 3, 5, 10 years from now — or never,” Miyashiro said. Still, the numbers show that such individuals were enamored with Hawaii.

“In 2007 and 2017, the number of people who submitted papers shows anomalous spikes. The year before, the year after, they’re very typical; then, all of a sudden you see this 40 percent jump, because everybody wants to come to Hawaii.”

While overall attendance may have waned behind other years, the quality of attendees made up for the reduced quantity.

“[Exhibitors] are here to make a profit – they need to launch new products, they need to make sales, they need to cover their cost to come here,” Miyashiro said.  The big fear in 2007 (as well as 2017) was fewer people on the exhibition floor, but the people who did show up “were the high-level managers, the supervisors, the directors, the group managers, because everybody cut their travel budgets down, and if you’re going to send one person, you send the person who owns the budget”

Thus, fewer people may have been on the show floor, “but the ones who are there, they stop, they have longer, more in-depth conversations, they get further along in the negotiating process, because they’re the ones who hold the purse strings,” Miyashiro said.

My own interactions with both exhibitors and attendees confirmed this. Where a sales manager might have attended last year’s show in San Francisco, a VP of sales was in attendance this year; in place of a design engineer, one might see a company’s chief technical officer.

Miyashiro confirmed that all of IMS’ “anchor tenants” were at the show, and that a high percentage of new exhibitors hailed from the Asia region. “It makes sense for them,” he said, that if they’re going to attend a show in North America, they should aim for its westernmost location. “That contingent is growing quickly,” he added.

My own (unofficial) count of first-time exhibitors on the exhibit map guide tallied 33 new companies in Hawaii, about one-third of which hailed from the Asia region.

How Goes Planning For IMS2018?

The 2018 IEEE MTT-S International Microwave Symposium is slated for June 10-15, 2018. The event will return to Philadelphia, Pa., where it was last held in 2003. The site already has a good head start on preparation, though.

“The bid process is about a ten-year lead time. We already are locked through 2025,” Miyashiro said, noting that the convention center and hotel contracts have to be negotiated years in advance. “We negotiate a few high-level things and then we just stop and scatter. Then, usually about 18 months prior to that site, the real activity comes up. All of the logistics, social media pushes — that’s when everything is at full-court press. So, Philadelphia basically kicks off now, in Hawaii.”

“Ideally, you have a 1:1 mapping where the committee chair for any given function is working with the person who already knows how to do that job,” Miyashiro said. “Well over half of the committee members on any location have never done this job before.”

That mix of people allows for the knowledge of experience to mesh with the enthusiasm and fresh ideas of newcomers, helping the show to move forward and to avoid stagnation in its themes, events, and presentations.

IEEE is a nonprofit professional association, but needs to turn some profit, so to speak, to fund its operating budget and other activities throughout the coming year.

“As a society, if we [IEEE] want to invest in K-12 education across the country, if we want to fund stipends for students to travel, it comes from [IMS].” Miyashiro explained.  IEEE sets a forecast for activities it wants to engage, and lion’s share of funding for those activities derives from IMS.

Obviously, metrics like attendance figure heavily into determining whether a site was a success, but “depending on who you ask, we have millions of submetrics: How did the hotel pick-up [bus service] do, how did social media do, how did this or that new program do? We just try to learn and understand what impacts we are making — which ones are working, which ones we should continue to invest in next year.“

Another big part of gauging a show’s success is the post-show survey, and that’s where you come in - did you respond to the survey email you likely received after IMS? Even if you did, we look forward to your thoughts in the Comments: what did you like about IMS 2017, and how can the event be improved when it's in Philadelphia next year?