Is Wi-Fi More Dangerous Than We Think? 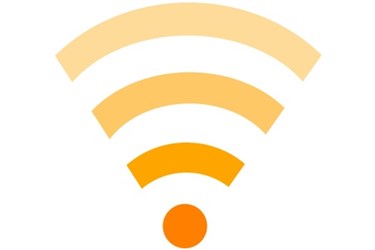 A little known fact about the electronic devices we use is that the radio frequency electromagnetic fields they generate are classified as Class 2B Carcinogens by the World Health Organization. New analysis by researchers contends that children are particularly susceptible to this type of radiation.

One end of the electromagnetic spectrum is composed of high-energy radiation, like gamma radiation and other ionizing radiation used in X-rays and cat scans. On the other end of this continuous spectrum is lower energy radiation, including ultraviolet, visible light, infrared, and radio frequency electromagnetic fields (RF/EMF). Each of these lower energy wavelengths can have significant effects on biological tissues at higher intensities. An assumption we make in our daily lives is that lower intensity forms of RF/EMF — like those generated by radios, televisions, cellphones, and Wi-Fi devices — do not have the same carcinogenetic effects.

Additionally, the list of Class 2B Carcinogens that includes RF/EMF radiation also includes chloroform, gasoline fumes, and pesticides, according to a recent Forbes article that cited the International Agency for Research on Cancer (IRIC).

To further compound the issue, children and adolescents could be more susceptible to harmful effects that may arise from RF/EMF, according to a recent article published in the Journal of Microscopy and Ultrastructure. Researchers reviewed the literature to gain insight into the risks involved. Among other things, they determined that the absorption of microwave radiation (MWR) is about two times greater in children than adults because their brain tissues are more absorbent and have less dense bone. For the bone marrow, certain studies put the absorption rate even higher — at about 2.5 times greater than adults.

An indirect confirmation that there may be a risk can be found in the owner’s manuals for many electronic devices, according to the study. For example, the Blackberry Torch 9800 Smart Phone cautions users to keep it at least 25 mm from the body, especially the lower abdomen. The iPhone 5 manual recommends the use of hands-free options to reduce exposures, and states that the device should be carried at least 10 mm from the body to stay below recommended exposure limits.

Latency as part of cancer development makes proving that RF/EMF causes diseases like cancer very difficult, according to the study. As more data is assimilated and evaluations are performed retrospectively, it could become apparent that users of electronic devices are exposing themselves recklessly.