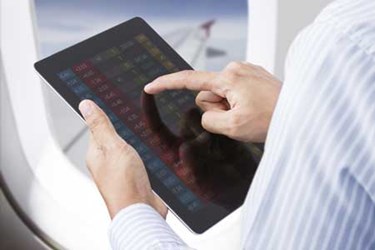 Inmarsat, the world’s leading provider of global mobile satellite communications, has confirmed the successful launch of its S-band satellite (Inmarsat S EAN) for the European Aviation Network (EAN). The launch is a key milestone for Inmarsat’s unique EAN service, which is on course to commence commercial service in the second half of 2017.

The Inmarsat S-band satellite, built by France’s Thales Alenia Space, was launched on an Ariane 5 rocket by Arianespace at 22:15 BST/17:15 EDT from Kourou in French Guiana. Following satellite separation at 22:43 BST/17:43 EDT, telemetry from the satellite was acquired by the Mingenew Ground Station in Western Australia at 22:50 BST/17:50 EDT.

The launch team from Inmarsat and Thales Alenia Space will now raise the satellite into its geostationary orbit over Europe and the Middle East, at which point the spacecraft will deploy its solar arrays and reflectors, and undergo rigorous payload testing.

Inmarsat’s EAN is the world’s first dedicated aviation connectivity solution to integrate space-based and ground-based networks to deliver a seamless WiFi experience for airline passengers throughout Europe. Inmarsat’s strategic partner, Deutsche Telekom, is well advanced in the construction of the complementary ground network, which will be fully integrated with the S-band satellite to deliver a truly seamless service for Europe’s airlines and their passengers.

International Airlines Group (IAG), which includes world renowned airline brands such as British Airways, Iberia, Aer Lingus and Vueling, is confirmed as the launch customer for the new service. IAG has begun equipping its aircraft and aims to have 90% of its short haul fleet complete by early 2019.

The successful launch of the S-band satellite underlines the momentum that Inmarsat is building in the high-speed broadband inflight connectivity (IFC) market, which Inmarsat entered in October 2016 with the commercial introduction of GX Aviation, a worldwide service powered by its Ka-band, Global Xpress (Ka) satellite constellation.

“Inmarsat and its partners have been making very strong progress in the IFC market and the successful launch of our S-band satellite means that the start of our revolutionary European Aviation Network is now just months away,” said Rupert Pearce, CEO, Inmarsat.

“We first announced our plans for EAN in 2014, seeking to take advantage of a visionary and unique commercial and technological opportunity created by the European Commission’s DG CONNECT and subsequently supported by Member State telecoms regulators. It is a testament to the continued support of European Institutions and national regulatory authorities, the hard work of multiple teams across Inmarsat and the commitment of our vital strategic partners, including Deutsche Telekom, Thales Alenia Space, Thales Aviation, Cobham and Arianespace, that we now stand on the threshold of a new aviation WiFi service that will transform the experience of passengers flying throughout Europe.

“Although Inmarsat is a relatively new entrant into the high-speed aviation passenger broadband market, we have secured commitments for our IFC services from major airlines in Europe and across the world. Their confidence underlines the strength of Inmarsat’s IFC strategy and the long-term, scalable capabilities of our two core IFC networks – GX Aviation and EAN. We are focused on delivering the most reliable, seamless connectivity services to airlines and remain the only major provider to deliver guaranteed performance commitments.”

About Inmarsat
Inmarsat plc is the leading provider of global mobile satellite communications services. Since 1979, Inmarsat has been providing reliable voice and high-speed data communications to governments, enterprises and other organizations, with a range of services that can be used on land, at sea or in the air. Inmarsat operates around the world, with a presence in the major ports and centres of commerce on every continent.