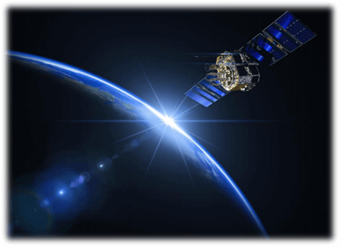 A single ground-based dish typically has a 40-minute window to communicate with a low-earth orbiting satellite. Infostellar's satellite antenna-sharing platform, called StellarStation, is designed to solve this problem by connecting ground station antennas around the world into a unified network so that operators can link up with satellites at any given time.

“If an operator wants to get into more comms windows they will need more antennas in different sites,” Infostellar CEO Naomi Kurahara told TechCrunch. “It’s difficult, so we provide a platform to share antennas to get a longer communications window.”

The business model involves antenna owners taking a cut in revenue whenever their dishes are tapped by other operators elsewhere to link up with a low-Earth orbiting satellite. Academic and research organizations make up most of Infostellar's early customers, but the company expects commercial and private interests to sign up as the network grows.

To this end, Infostellar last week raised $7.3 million in Series A funding to help build its platform starting next month. Airbus Ventures led the round, along with the Sony Innovation Fund, D4V, FreakOut Holdings, 500 Startups Japan, and Weru Investment. That round brings the total venture financing raised by the company to $8.3 million.

The startup will use its funds to build proprietary computers that link up to each antenna and the data-sharing platform. It intends to distribute said devices in multiple continents by the end of the year. Over the next 12 months, the company's network will consist of at least 20 partner ground stations worldwide, including five ground stations already connected to date.

“For our near term goal, we want to have the largest ground station network in terms of the number of antenna sites,” Kurahara told Space News. She added that Infostellar will offer lower prices to become competitive in the growing small sat industry.

In addition to industry competition, advances in satellite manufacturing techniques, lower deployment costs, as well as innovative antenna sharing schemes, are expected to favor the small sat community in the coming years.

“As we move to thousands or tens of thousands of low-Earth-orbit satellites, and the amount of data they’re gathering becomes more accessible in real time, more of us will benefit,” said Lewis Pinault, the managing investment partner for Airbus Ventures in Japan, reported Japan Times. “Any company with an interest in big data, and any individual — you, me, consumers — with an interest in accessing big data can suddenly get more access.”