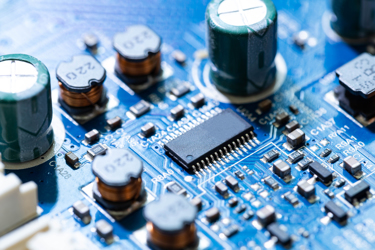 The generation of RF energy is critical for a wide range of technologies including magnetic resonance imaging (MRI), semiconductor manufacturing, industrial lasers, and wireless charging systems that require high-frequency current and minimal instances of power loss.

For example, with an industrial laser, the RF plasma excitation, which is when electrons are broken off an atomic bond and plasma forms, requires RF sources ranging from 1kHz to 40.68MHz depending on the energy required, and a CO2 laser RF power supply that contains a standard source at 13.56MHz, 81MHz, or 125MHz.

These applications requiring high-frequency current face the challenge of power loss in resonant circuits, which is an issue because maintaining efficiency within a power supply is key to optimizing performance. At the component level, power loss is accounted for by considering equivalent series resistance (ESR), which is the measurement of the non-ideal electrical resistances in series with a capacitor. The higher the ESR, the higher the losses in the capacitor.