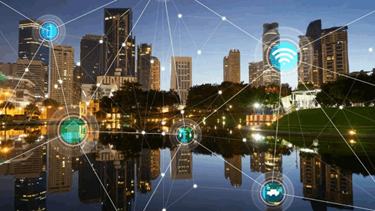 One of the key enabling technologies for 5G will be New Radio (NR). 5G NR standardization began in April 2016, with a target commercial release before 2020. More recently, in an effort to bring forward 5G benefits, 3GPP determined a workplan that provides an intermediate milestone for 5G NR Non-standalone (NSA) mode. Targeting the enhanced Mobile Broadband (eMBB) use case, 5G NR NSA has a scheduled function and protocol freeze date of December 2017.

5G NR is the technical response to the commercial challenges of eMBB gigabit-per-second bandwidths, ultra-reliable and low-latency communications (uRLLC) for mission-critical applications and massive machine type communications (mMTC). NR is billed as a more capable air interface, and will need to operate in both the frequencies below 6 GHz and above 24 GHz (mmWave) with a frame structure supporting both TDD and FDD, as well as operate in both licensed and unlicensed spectrum. This paper explores the aims, solutions, and technical challenges of 5G NR.

In addition to the existing LTE modulation schemes, NR introduces π/2-BPSK in the uplink (UL) path. π/2-BPSK is generated from the standard BPSK signal by multiplying the symbol sequence with a rotating phasor with phase increments per symbol period of π/2. π/2-BPSK has the same bit error rate performance as BPSK over a linear channel, but it exhibits less envelope variation, peak-to-average power ratio (PAPR), making it more suitable for transmission with nonlinear channels. This improves the power amplifier efficiency cost in the mobile terminal at lower data rates.

Currently, modulation schemes beyond 256-QAM are not specified as part of 5G NR DL. However, with 1024-QAM already established in backhaul, and the drive for more bits per symbol a key to achieving the higher 5G data rates, it seems reasonable to expect their arrival in future specification releases, with a corresponding move from 64-QAM to 256-QAM in the uplink (UL).  A likely roadmap is the adoption of higher order modulation schemes at different times by different classes of user equipment (UE).

Orthogonal Frequency Division Multiple Access (OFDMA) is the cornerstone of LTE, with a history back to Wi-Fi. So, unsurprisingly, when looking to the future, an optimized version of OFDM was selected for NR. OFDMA has low complexity and high spectral efficiency while supporting windowing and filtering enhancements to minimize out-of-band emissions.

A significant move is the adoption of cyclic prefix OFDMA (CP-OFDMA) for both the UL and DL. LTE uses SC-FDMA for the UL because it supports a lower PAPR, but having a common UL and DL waveform simplifies UE design, especially for UEs supporting device-to-device (D2D) communication. However, the option for the UE UL to use SC-FDMA is preserved to support higher average transmission power for the same maximum power limitation in areas with poor coverage.

5G NR also is being designed to accommodate different numerologies in the same deployment, allowing services that use different bandwidths to efficiently multiplex in the integrated framework. For example, using scalable numerologies, smaller sub-carrier spacing provides larger cyclic prefix, which can be used to support broadcast service in the same carrier. The 5G NR unified air interface also will allow carrier aggregation across numerologies, such as aggregating mm-Wave and sub-6 GHz carriers to bring more robust and higher performance connectivity.

The target of NR is spectral utilization of over 90 percent, the current LTE limit. This will be achieved by stricter windowing and filtering of the signal.

NR introduces a new self-contained TDD subframe design. UL and DL scheduling information, data, and acknowledgements occur in the same sub-frame as a modular transaction, thus removing dependency on other frames. This supports greater flexibility in UL or DL-centric capacity configuration: a cell can dynamically switch UL and DL capacity on a per-subframe basis, or have blank subframes and blank frequency resources. It can therefore include the multiplexing of different types of subframes to support new types of 5G service.

Another NR principle is the removal of strict timing relationships across frames, where possible, supporting low-latency use cases. For example, asynchronous HARQ is used instead of predefined retransmission times. This enables very low latency and fast HARQ acknowledgements. Mini-slots are another example; they are the smallest possible scheduling unit in NR. Smaller than a slot or subframe, mini-slots can be as short as one OFDM symbol and can start at any time. A slot can be complemented by mini-slots to support transmissions with a flexible start position and a duration shorter than a regular slot duration.

This philosophy is transposed into the FDD use case by overlapping DL and UL transmissions in time. For client-server communications, a client can issue requests using DL slot structure with the server using the UL slot structure for responses. D2D and M2M are use cases where this architecture is attractive.

For example, here the SRS also is aided by the self-contained subframe. The common UL burst carries UL control information, including the ACK and UL SRS.  Thanks to channel reciprocity, the UL SRS can be used for downlink channel estimate in TDD. The timely knowledge of DL channel characteristics is key to enabling NR antenna techniques, such as massive MIMO.

NR also introduces a new CSI framework for multi-antenna use cases. CSI measurement, reporting, and DL transmission can be triggered on different beams to suit the antenna configuration, making use of the removal of strict timing in the self-contained subframe. NR CSI also supports Co-ordinated Multi-Point (CoMP) transmission and reception, allowing cell hand-over or a UE to be tracked by a cell beam as the UE roams.

Massive MIMO is a key technology for transmission in the higher sub-6 GHz frequency bands. Increasing the number of spatial data streams in multi-user MIMO (MU-MIMO) will increase spectral efficiency in this limited bandwidth region and using beamforming techniques can extend coverage without substantial power increases at cell sites. However, at sub-6GHz, there is a limit to the number of antennas that can be accommodated due to their physical size: a 6 GHz antenna will need an element spacing of 25 mm. It is therefore expected that more antennas will be deployed at the base station at these frequencies — for example, as 16x4 or 24x4 MIMO configurations using plank architecture arrays.

For mm-Wave, the element spacing falls to under 7 mm, and at these geometries, flat panel arrays of antenna mounted on a PCB become an option. Analog beamforming alone results in a single steerable beam, so a hybrid architecture of multiple beams with transmission diversity is likely to be used, with a phased array for analog beamforming for each diversity channel. This also reduces the cost and complexity of maintaining a separate digital channel for each antenna. Beamforming is required at both the transmitter and receiver due to transmission loss at this frequency, and this results in the need for NR to introduce new methods for CSI acquisition. The UE must maintain a beam on the cell site and the cell beam must search for the UE with its beams.

Physical control channels typically have small block lengths, and here Polar codes are proposed in NR. Polar codes are the first to achieve maximum channel capacity, closing the gap to the Shannon limit, and improve performance compared to LTE.

In arriving at the NR NSA specifications, the 3GPP expects to achieve a step improvement to the efficiency and versatility of existing LTE radio. However, this NR flexibility — and the implicit acknowledgement that future use cases are still under study — mean that platform designers must address the NR challenges with a similar mindset. Existing system-on-chip solutions optimised for LTE will still have a part to play in this brave new world, but increasingly, software-defined radio, cloud-RAN architectures, and network function virtualisation will become the mainstay. 3GPP may have begun the journey in NR, but the road is long.

Paul Moakes PhD CEng MIET is Chief Technology Officer at CommAgility. He has previously held positions at Motorola and Blue Wave Systems. He is co-inventor of two patents in the field of MicroTCA and AdvancedMC. He holds a PhD in Electrical and Electronic Engineering from Sheffield University and a 1st Class Honours degree in Electronic Communications and Computer Systems Engineering from Bradford University.