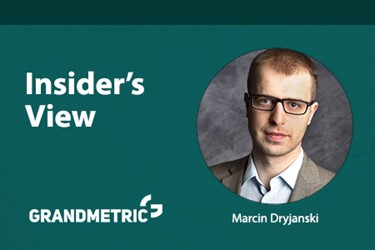 The 5G system is designed to support data connectivity and services that would enable deployment, by the industry, using new techniques such as Network Function Virtualization and Software Defined Networking. The need for these new techniques has emerged due to the various profiles of data services that must be supported by the 5G network.

So far, mobile networks have been designed keeping the average smartphone user in the center. But, with 5G, this dynamic is changing, as various use cases — having completely different data requirements — have come into play and the network operator needs to satisfy these requirements in an efficient manner.

With such requirements in mind, the 3GPP has kept the basic idea of having a flat architecture, where the Control Plane (CP) functions are separated from the User Plane (UP), in order to make them scaling independent — allowing operators to use this functional split for dimensioning, deploying, and adapting the network to their needs. Another idea in the design of 5G is to minimize dependencies between the Access Network (AN) and the Core Network (CN) using a converged access-agnostic core network with a common AN – CN interface, which integrates different 3GPP and non-3GPP access types.

This article is dedicated to describing the main components of the 5G Core Network (5GC) as defined by the 3GPP.1 We start with an overview of the architecture, followed by a description of the key individual network functions, before finally providing an example of 5G interworking with LTE.

The interaction between network functions in the 5GC is envisaged in the following two ways, per the 3GPP:1

The service-based representation (Fig. 2) is a new way of defining system architecture. This representation also includes point-to-point reference points between the NFs where necessary (see lower part of Fig. 2). The upper part of the figure (5GC Control Plane) has a “bus” and service-based interface exhibited by individual function. This creates a so-called Service Based Architecture (SBA), in which one CP network function (e.g. SMF) allows any other authorized NFs to access its services. Per the 3GPP, NFs within the 5GC Control Plane shall only use service-based interfaces for their interactions.

In this section, I’d like to touch upon the 5G network functions (NFs) related to 5GC. Some of them look very similar to the corresponding functions in the previous generations’ core networks (CN). This, of course, is not surprising, as the network always has to carry out some basic functions, such as: communicate with the UE, store its subscription and credentials, allow access to external networks & services, provide security, and manage the network access and mobility.

However, we will also see some new functions not present before, which are needed to enable the new network paradigms, like slicing and service-based networking. The consideration below is based on the service-based representation from the previous section.

To facilitate the enablement of different data services and requirements, the elements of the 5GC (also called NFs) have been further simplified, with most of them being software-based so they could be adapted according to need. The 5G System architecture consists of the following main NFs, which constitute the 5GC:

Inter-working between 4G and 5G play a very important role in early deployment of a 5G system, which will rely on LTE to be the anchor or underlying system. In the standalone (SA) deployment of 5G, good inter-working with the LTE system to facilitate inter-RAT mobility between the two RATs will be required.

In the previous section covering 5G CN functions, we used the service-based representation to explain the roles played by the different network functions based on their service. To explain the interworking architecture, we will use the reference point representation (see above) as used by 3GPP SA.

For interworking purposes, we require modules that can support both the legacy LTE core network (EPC) elements (HSS, PCRF, PGW etc.) and the NFs (UDM, PCF, SMF, UPF etc.) introduced in 5G. Here, we use 3GPP Non-roaming architecture to describe the interworking between 5GS and EPC/E-UTRAN (Fig. 3). 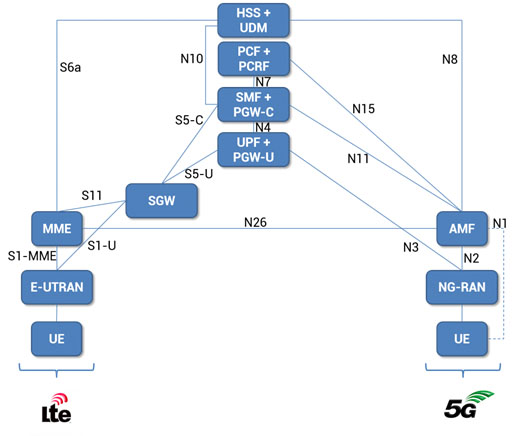 Fig. 3 — Non-roaming architecture for interworking between 5GS and EPC/E-UTRAN1

The N26 interface has been introduced to be an inter-CN interface between the Mobility Management Entity (MME) in the LTE core network and 5GS AMF in order to enable interworking between EPC and the NG core. This interface is meant to support functionalities of the S10 interface (used between different LTE MMEs) required for interworking with 5GS. However, the support of N26 is not mandatory.

For example, in NSA mode, when the UE will be anchored to LTE, the NW might use either EPC or 5GS (depending on the NSA mode) — in which case UE context will be maintained in only one of the core networks for operation in both 4G and 5G. If devices which do not require interworking with both EPC and 5GS access the LTE/5G system, they would be served by the individual network elements of that respective RAT.

The 5GC aims to be flexible enough to adapt to and satisfy the needs of both Gbps-seeking smartphone users and low latency-seeking critical services, along with low-speed IoT devices. It is being designed as more open and modular than its predecessor, allowing the different entities inside the core network to interact with each other without any preconditions and allowing designers to define procedures for this interaction.

Regarding the individual NFs, some of them are a modified, split, or merged version of the good old EPC functions (like MME, SGW, PGW, HSS & PCRF) — namely, AMF, SMF, PCF, UDM, AF, UPF or AUSF. But, unlike EPC functions, AMF, SMF, and UPF should be access independent. On the other hand, there are some functions that are new — related either to the concept of slicing (i.e., NSSF), to support handling multiple slices, or to the SBA itself (i.e., NEF & NRF) — to support the concept of services subscription, exposure, and access.

The LTE EPS and 5GS can be connected to each other with the user able to be independently registered on either system, and achieve mobility between the two systems using the different modules involved, allowing efficient inter-working. Inter-working between 4G and 5G systems is an important aspect in deployment of 5G networks, especially in the mmW bands (due to limited coverage), as network operators would always prefer an underlying LTE coverage to support the UEs that go out of 5G coverage.

Marcin Dryjanski is the co-founder, principal consultant, and a board member at Grandmetric, where he provides consulting services and training courses on LTE and 5G-related topics, as well as leads company’s wireless research on Grandmetric’s IoT platform. Marcin has held Senior IEEE Membership since 2018 and has served as a R&D Engineer, Lead Researcher, R&D Consultant, Technical Trainer and Technical Leader. Marcin has co-authored several research papers targeting LTE-Advanced Pro and 5G radio interface design, and is co-author of a book From LTE to LTE-Advanced Pro and 5G. Marcin was a Work Package leader in 5GNOW, a EU-funded research project aiming at radio interface design for 5G. He earned a Ph.D., with honors, from Poznan University of Technology in 2019.