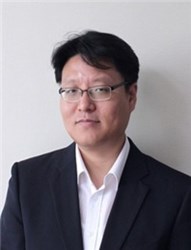 Electromagnetic waves (EM-wave) in the terahertz range were widely regarded as the “dream wavelength” due to its perceived neutrality. Its application was also wider than X-rays. However, KAIST scientists have discovered negative effects from terahertz EM-waves.

The results were published in the online edition of Optics Express (May 19, 20104).

Terahertz waves range from 0.1 to 10 terahertz and have a longer wavelength than visible or infrared light. Commonly used to see through objects like the X-ray, it was believed that the low energy of terahertz waves did not inflict any harm on the human body.

Despite being applied for security checks, next-generation wireless communications, and medical imaging technology, little research has been conducted in proving its safety and impact. Conventional research failed to predict the exact impact of terahertz waves on organic tissues as only artificially cultured cells were used.

The research team at KAERI developed a high power terahertz EM-wave generator that can be used on live organisms. A high power generator was necessary in applications such as biosensors and required up to 10 times greater power than currently used telecommunications EM-wave. Simultaneously, a KAIST research team developed a high speed, high resolution video-laser microscope that can distinguish cells within the organism.

Professor Kim commented that “the research has set a standard for how we can use the terahertz EM-wave safely” and that “we will use this research to analyze and understand the effects of other EM-waves on organisms.”