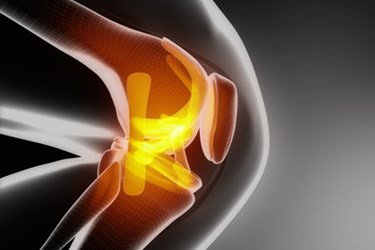 The U.S. Food and Drug Administration (FDA) has approved the first and only radio frequency (RF) treatment to be cleared specifically to alleviate chronic knee pain due to osteoarthritis.

Marketed by Halyard Health as "Coolief," the new procedure uses minimally-invasive needles and water-cooled electrodes that emit cooled RF energy to deactivate the sensory nerves responsible for sending pain signals to the brain.

"What we're changing is the wiring of the knee — so we're taking away the pain signal and interrupting it," Dr. Amin Sandeep, a pain specialist at Rush University Medical Center in Chicago who performs the procedure, told NBC News. "We're not changing the structure of the knee, but if we can get rid of the pain, she can be more functional," Amin added, referring to a patient who said she felt significant relief after undergoing the procedure.

The FDA cleared Coolief based on a multi-center study of 151 patients, 74.1 percent of whom reported pain reduction of at least 50 percent after six months; 65.4 percent of patients reported having maintained the same level of pain relief 12 months after undergoing the treatment. Six months post-procedure, just 5.2 percent of the cooled RF group reported the same pain severity level compared to 37.3 percent of patients treated with steroid injections, as measured by the Oxford Knee Score.

For most, initial treatments for osteoarthritis include conservative modalities like physical therapy, nonsteroidal anti-inflammatory drugs, opioids, and steroid injections. These may only provide relief for a short time — 6 to 12 weeks in the case of steroid injections — and may come with side effects or raise the risk of drug dependence.

The Coolief procedure presents a viable alternative and could bring up to 12 months in relief, depending on how fast the target nerve cells regenerate, reported the Daily Mail.

The procedure takes only 40 minutes to perform on an outpatient basis, with minimal restrictions on the patient post-operatively, versus two hours for knee replacement surgery and a more lengthy rehabilitation.

According to the Centers for Disease Control and Prevention, osteoarthritis affects over 30 million adults in the United States, and is caused by the damage and breakdown of cartilage between bones that can lead to joint pain, swelling and stiffness.

A lasting solution for pain relief is to undergo knee replacement surgery, but not all patients are immediate candidates for surgery, due to co-morbidities such as diabetes, or patient preference.

"But let’s say a patient is younger, instead of going for a total knee replacement early, which might have to be repeated later on, Coolief can postpone the need for the total knee replacement," Dr. Edgar Ross, associate professor of anesthesia at Brigham and Women’s Hospital, told NBC News.