FCC Adopts New Rules For The 6 GHz Band, Unleashing 1,200 Megahertz Of Spectrum For Unlicensed Use 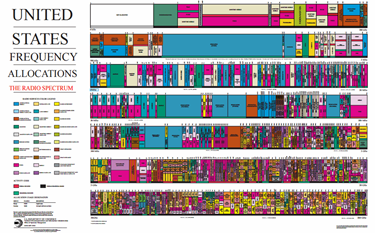 The Federal Communications Commission today adopted rules that make 1,200 megahertz of spectrum in the 6 GHz band (5.925–7.125 GHz) available for unlicensed use. These new rules will usher in Wi-Fi 6, the next generation of Wi-Fi, and play a major role in the growth of the Internet of Things. Wi-Fi 6 will be over two-and-a-half times faster than the current standard and will offer better performance for American consumers. Opening the 6 GHz band for unlicensed use will also increase the amount of spectrum available for Wi-Fi by nearly a factor of five and help improve rural connectivityThe 6 GHz band is currently populated by, among others, microwave services that are used to support utilities, public safety, and wireless backhaul. Unlicensed devices will share this spectrum with incumbent licensed services under rules crafted to protect those licensed services and enable both unlicensed and licensed operations to thrive throughout the band.

The Report and Order authorizes indoor low-power operations over the full 1,200 megahertz and standard-power devices in 850 megahertz in the 6 GHz band. An automated frequency coordination system will prevent standard power access points from operating where they could cause interference to incumbent services.

The Further Notice of Proposed Rulemaking seeks comment on a proposal to permit very lowpower devices to operate across the 6 GHz band to support high data rate applications including high-performance, wearable, augmented-reality and virtual-reality devices. The notice also seeks comment on increasing the power at which low-power indoor access points may operate.

Unlicensed devices that employ Wi-Fi and other unlicensed standards have become indispensable for providing low-cost wireless connectivity in countless products used by American consumers. In making broad swaths of the 6 GHz spectrum available for unlicensed use, the FCC envisions new innovative technologies and services that will deliver new devices and applications to American consumers and advance the Commission’s goal of making broadband connectivity available to all Americans, especially those in rural and underserved areas.