Exploring The Future Use Of Geospatial Intelligence By The Military 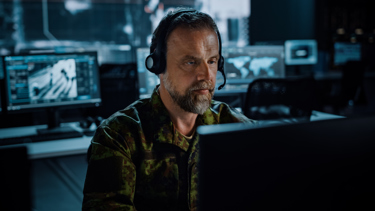 Since the stone walls of Jericho were erected in about 8,000 BCE, the military has leveraged technology — everything from defensive weaponry (helmets and shields) to the trebuchet to the internet. So, what technologies will the military turn to next?

Boingo Wireless recently announced the expansion of its Wi-Fi at the Air Force’s largest base and most diverse training base in air education and training command, Sheppard Air Force Base. Earlier this year, US Ignite announced it was awarded a $3.8M contract from the U.S. Army Engineer and Development Center (ERDC) to design and deploy an Internet of Things (IoT) sensor network and data-driven digital dashboard at Fort Benning.

These types of announcements have become commonplace, but how will the military use technology in the future? There are many answers to this question, including leveraging geospatial intelligence (GEOINT) to improve interoperability for applications and data.

“Military intelligence is relevant only if it is actionable,” writes The Times Of India. “For intelligence to be actionable, multiple factors must hold in conjunction, such as data available from multiple sources in real-time, analysis of vast amounts of data done with minimal human intervention to draw insights, and those insights made available to the solider on the field to aid effective decision making.”

The solution to these problems is implementing technologies that allow better use of GEOINT — intelligence about human activity on earth derived from the exploitation and analysis of imagery, signals, or signatures with geospatial information.

The Spatial Sciences Institute, University of Southern California notes that GEOINT “has played a pivotal role in military operations and in the broader context of human security for decades. From providing critical intelligence in resolving the Cuban Missile Crisis in 1962 to helping the U.S. facilitate the negotiations that ended the Bosnian War in 1992, GIS military applications have been crucial in ending conflicts that might have otherwise continued for decades longer.”

GEOINT is currently being used by the military to “resolve conflicts, protect troops, assess risks, and gain information about enemy operations,” reports the Spatial Sciences Institute. But the military is changing the way it uses GEOINT with “the adoption of the object-based production framework. This philosophy focuses GEOINT around assembling data together around specific issues, rather than tasking analysts with collecting information from many different sources. This way, analysts spend more time developing intelligence and insights rather than with data management.”

According to The American Association for the Advancement of Science (AAAS), geospatial technologies are “the range of modern tools contributing to the geographic mapping and analysis of the Earth and human societies [and] have been evolving in some form since the first maps were drawn in prehistoric times.” These technologies include remote sensing, geographic information systems (GIS), global positioning systems (GPS), and internet mapping technologies.

The military is using these technologies to improve defense intelligence in a myriad of ways, according to Ellipsis Drive. “Geospatial technology plays a vital role in matters that affect national security, as the professionals working for defense intelligence can now make use of data sharing to their advantage,” writes Ellipsis Drive. “With social media and other platforms generating a plethora of information each second, agencies can now use GIS as a tool to analyze data and gather actionable insights.”

Ellipsis Drive goes on to offer up some specific use cases for each of the GEOINT-enabling technologies, starting with GIS. “The field of defense intelligence uses GIS to track vital data on hotspots and develop preventive measures for potential threats to national security and public safety,” notes Ellipsis Drive. This allows officers to carry out plans and counter hostile movements by devising ‘what if’ scenarios according to past and real-time events.”

Artificial Intelligence (AI) and machine learning (ML) are being leveraged by GEOINT to “provide forces with a safe and economical way to survey and analyze the hotspots and battlefields in real time.” Combining these technologies is allowing military officials to make data-driven decisions that help minimize threats and maximize national security.

As with any implementation/ramping up of technologies, security is vital — even more so when a country’s national defense is on the line. That’s why, according to the Federal News Network, the Department of Defense (DoD) is doing everything it can to ensure better integration between cyber risks and operations.

The DoD has been conducting audits of the National Geospatial-Intelligence Agency (NGA) to develop “a better understanding of where its cybersecurity shortcoming lies.” And not only has the NGA passed these audits, the agency also has been able to better protect its data and networks.

The Federal News Network quotes NGA Chief Information Security Officer Gary Buchanan as saying, “We just passed our Command Cyber Readiness Inspection (CCRI). We had a cybersecurity service provider (CSSP) and a public-key infrastructure (PKI) inspection [earlier this spring]. Of course, that was six months of prep, but we did pass and really a lot of things got illuminated from that in challenges with continuous monitoring.”