5G Is Here — But How Long Until 6G Replaces It? 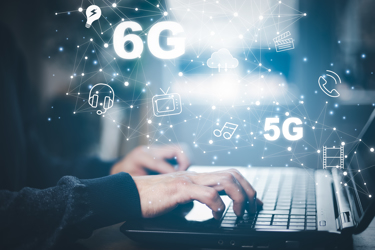 With 5G technology just scratching the surface and parts of the world still utilizing 3G and 4G technologies, is it too early to be thinking about 6G? (Hint: it’s not.)

5G — the fifth-generation technology standard for broadband cellular networks — is still a technological baby. 5G deployment began in earnest three short years ago and 5G networks are projected to account for only 25% of the worldwide mobile technology market by 2025 according to market and consumer data provider Statista.

So, is it too early to start thinking about 6G? Well, this wouldn’t much of an article if the answer to that question was "yes.”

6G technology is already being researched, developed, and — as far back as two years ago — tested with China’s successful launch of an experimental satellite intended to verify the terahertz (THz) communication technology in space.

What does all this mean relative to 5G’s expected life cycle and the timetable for 6G’s arrival? Let’s take a look.

If you’re already familiar with the history of broadband cellular technology, feel free to jump ahead to the next section. But if you’re not — or you simply want a quick refresher — consider that 1G was introduced in 1979 when Nippon Telegraph and Telephone (NTT) deployed the technology in Tokyo. This means we’ve moved through five generations of this technology in just over 40 years which is a short amount of time.

It should come as no surprise based on this timeline that “6G networks might roll out sometime around 2030 (or even a bit earlier in Asia and other areas that were first to introduce 5G), or at least that’s when most telecom companies will be running trials and when we’ll see phone manufacturers tease 6G-capable phones,” reports Lifewire.

And while few companies are currently thinking about 6G expect that to change as, ironically, “we identify where 5G fails. The next network type will improve on the inevitable weaknesses and limitations of 5G, so it won't take long for the powers that be to start deciding what to do next,” writes Lifewire.

The race to 6G (and 7G, NextG, and whatever else the future holds) is on because for any number of reasons. First, in the words of American soccer player Ali Krieger, “There's always room for improvement no matter what.”

But somewhat less aspirational, the drive to improve on 5G is centered on incorporating features including but not limited to going “beyond mobile internet and [requiring and supporting] ubiquitous AI services from the core to the end devices of the network,” notes a Cornell University paper. The Cornell paper, authored by Yuanming Shi, goes on to note, “AI will play a critical role in designing and optimizing 6G architectures, protocols, and operations."

6G is also expected to improve on 5G’s use of virtual and augmented reality (AR) systems, interconnected smart cities and farms, robotics, and vehicle-to-vehicle (V2V) communication. Lifewire writes these improvements will be a result of 6G’s “greater” strength and ability to provide “more bandwidth that will ultimately expand innovation even further, maybe even into fields that we haven’t tapped into yet or even considered." Think more immersive virtual reality applications and life-like, hologram video calls.

What It’s Going To Take To Make 6G A Reality

Vectrus Chief Engineer Michael Smith, in an interview with GovConWire, was asked where he thinks 5G is going next. You can read his full answer on the GovConWire site, but the key takeaway was, “Whether it’s 5G, 6G, or NextG, a robust R&D investment is still needed to ensure that the systems we envision and build today can meet the evolving world changes. And the level of interconnectivity and the ubiquity of wireless devices demands that we have a communications backbone that’s flexible, scalable, resilient, and secure.”

How much of an investment is necessary to seamlessly move from 5G to 6G? According to McKinsey & Company (via TechRepublic), $166 billion was invested in 2021 in advanced technology — which includes 5G, 6G, low Earth orbit (LEO) satellites, and other technologies — alone.

Despite that investment, the National Defense Industrial Association suggests more will be needed, writing, “In 2021, the Biden administration committed to spending $2.5 billion on 6G, but a new report by the Center for a New American Security said it needs to do more.” Furthermore, The German government announced an $833 million investment in funding 6G research, the Japanese government earmarked $482 million for the same cause, and China’s State Council published a “digital economy development blueprint, which was drawn up in line with the country's 14th five-year plan from 2021 to 2025” to be proactive and take part in setting 6G international standards.

So, yeah, progress isn’t cheap. But, despite its currently undefined standards, the benefits of 6G simply cannot be ignored. The biggest benefit of this technology, according to The World Education News, “is the potential speed of data transfer, given the increased bandwidth that would be made available."

Beyond improving telecommunications, 6G will enable an alternative to X-ray scanners because of the technology’s ability to “generate signals in the terahertz frequency range is related to security and imaging,” write The World Education News. This will make it “possible to detect whether a sealed envelope or package contains illegal substances even without opening it — just by scanning with terahertz radiation.”

Other ways 6G will advance other technologies, according to TechTarget, include enabling faster sampling rates, better throughput, and higher data rates than with 5G, as well as allowing for the integration of edge and core computing which will improve “access to AI capabilities and support for sophisticated mobile devices and systems.”

IEEE Standards Association also details the benefits of 6G, from improved communications (6G may finally deliver worldwide connectivity by reaching remote locations currently with no internet access via satellites that may reduce the need to construct cell towers) to improved interoperability (human communication with robots, IoT devices, and wearables.” 6G also will have an effect on the environment and sustainability by allowing the IoT to “control appliances and reduce electricity usage as well as contribute to optimization for automated manufacturing, connected vehicles, drone agriculture, and more.”

The International Telecommunication Union — a specialized agency of the United Nations responsible for many matters related to information and communication technologies — will host the World Radiocommunication Conference in 2023. During this conference, ITU is going to discuss the extended use of the radio-frequency spectrum with a final decision likely at the next conference in 2027.

In the meantime, R&D will continue and applications are expected to roll out very soon after the Radio Regulations are set. So, barring any disruption, expect 6G to begin delivering on its promise sometime around 2028.